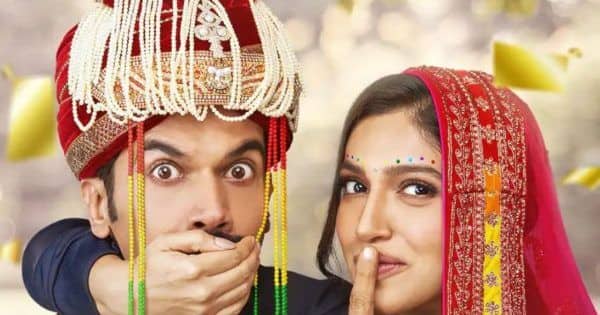 Badhaai Do starring Rajkummar Rao and Bhumi Pednekar became the first Hindi film to release in theatres in 2022. The trailer and songs of the film had received a good response, but it was difficult to predict how it will perform at the box office as in a few states the theatres are running with 50 percent occupancy, and in a few states the night shows have been cancelled. Also, the mainstream movies based on LGBTQ subjects haven’t received a great response at the box office. Also Read – Valentine’s Day 2022: #WeLoveYouSidNaaz trends as Sidharth Shukla and Shehnaaz Gill’s fans recall the couple’s sweet-romantic moments

Badhaai Do started on a slow note and collected Rs. 1.65 crore, but because of the positive reviews and good word of mouth, the film showed good growth over the weekend. On Saturday, it collected Rs. 2.72 crore, and on Sunday, the collection was Rs. 3.45 crore. In three days, Badhaai Do has collected Rs. 7.28 crore which is not a great amount, but a decent figure looking at the film’s theme and pandemic. Also Read – BL Awards 2022: Best South Film, Best Actor and more – Nominate your favourites in South category

Today, it’s Valentine’s Day, so it should benefit the film as couples would prefer to watch Badhaai Do in theatres as a movie date. The main test for the movie will be Tuesday’s collection. If the Rajkummar and Bhumi starrer continues to do well at the box office, it can come in semi-hit or hit zone. Also, the film has two weeks window as the next biggie, Gangubai Kathiawadi is slated to release on 25th Feb 2022. Also Read – Naagin 6 actress Tejasswi Prakash and Karan Kundrra to celebrate Valentine’s Day together; couple confesses their feelings for each other

Interestingly, last year, when theatres were reopened, it was Rajkummar Rao starrer Roohi which was the first Bollywood biggie to release in theatres. The film had done a decent business of Rs. 23.25 crore. Now, let’s wait and watch whether Badhaai Do will be able to beat that collection or not.