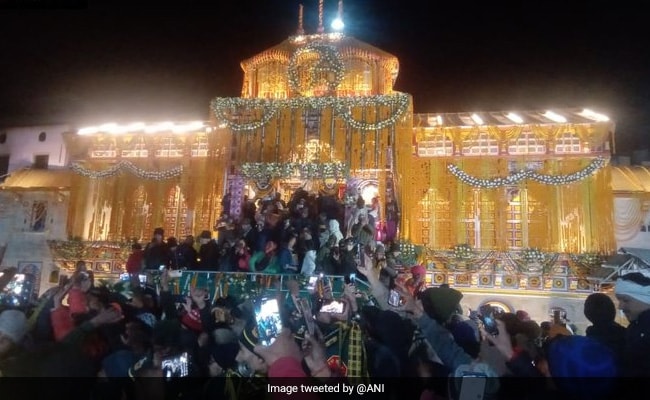 The sacred portals of Badrinath in Uttarakhand’s Chamoli district will be opened at 6.15 am on May 8, priests here announced on Saturday.

Dedicated to the Hindu God Vishnu, the Himalayan temple is closed every year at the onset of winter and reopened at the start of summer.

It remains snowbound throughout winter.