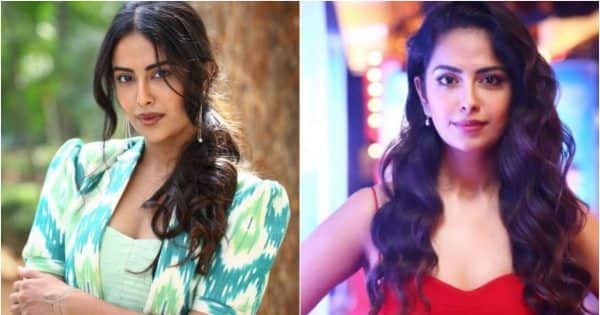 Avika Gor rose to fame with her performance as a child actor in Colors TV’s Balika Vadhu. As an adult, she later featured in shows like Sasural Simar Ka and Laado – Veerpur Ki Mardani. As a child artist she also starred in many Bollywood films, and now, Avika is doing very well in the South film industry. Recently, in an interview, the actress opened up about having body-image issues and she revealed that she hated herself. Also Read – Balika Vadhu 2: Shivangi Joshi fails to recreate Yeh Rishta Kya Kehlata Hai magic; show to go off-air next month?

While talking to Pinkvilla, Avika said, “I hated myself so much that I did not care. I did not bother how I look. I was just focussing on my acting. I didn’t care. I just did not want to look in the mirror. I hated myself so much. So, it was a very negative feeling that I used to get. I remember trying costumes for my shoot the next day I just felt like whatever.” Also Read – Sidharth Shukla’s fans turn emotional as they celebrate 14 years of the Bigg Boss 13 winner’s stint on ITV – view tweets

“I didn’t bother about all those things. I didn’t want to look the best. I didn’t feel like looking the best. At the end I spoke to my audience they always spoke the way I acted. So, my audience made me feel that I was doing a good job at acting and it didn’t made me feel focus on anything else,” the actress added. Also Read – Balika Vadhu 2: Shivangi Joshi and Samridh Bawa ace the traditional Rajasthani dance and their perfection will leave you impressed – watch video

Talking about her upcoming movies, Avika will be seen in Telugu films like Thank You and 10th Class Diaries. Thank You also stars Naga Chaitanya and Raashii Khanna in the lead roles.

10th Class Diaries, which also stars Srikanth, Srinivasa Reddy, Vennela Rama Rao, is slated to release on 4th March 2022. The teaser of the movie was released a few days ago. Check out the teaser below…