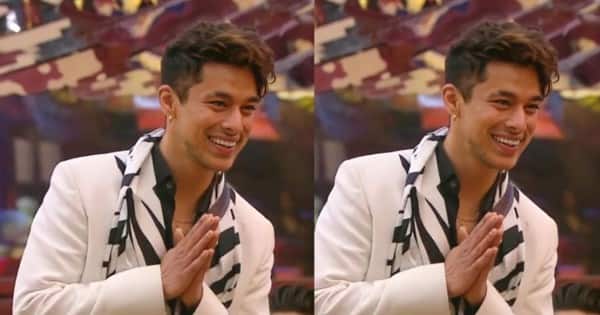 Bigg Boss 15’s first runner-up Pratik Sehajpal took to his social media and thanked his fans for their love and support. The 28-year-old recorded a video for his fans who supported him and poured their immense love on him during his Bigg Boss 15 journey. In the video, Pratik donned a casual white t-shirt and denim. He was heard saying, “So, guys thank you so much #PratikFam. You all have supported and loved me unconditionally. I don’t have words to express my gratitude. The way a mother loves her children, you’ll have loved me to that extent. This is a very big statement that I have made but I mean it all. I mean it from the bottom of my heart. Thank you, so much guys. I am nothing without you’ll. I am literally nothing without you’ll and whatever little that I am, is all because of you’ll. Thank you so much guys. I love you all.” He captioned the post as, ‘Love you PRATIKFAM I have Earned you all as my Family for Life and that’s my WIN’ God Bless Also Read – Bigg Boss 15: Pratik Sehajpal thanks Bipasha Basu for her kind words; says, ‘You have no idea how much it means to me’

Take a look at the video – Also Read – Bigg Boss 15: Karan Kundrra spends first night after the show with Tejasswi Prakash and her parents as the champ gets a celebratory welcome home — view pics

Love you PRATIKFAM
I have Earned you all as my Family for Life and that’s my WIN ??

Tejasswi Prakash became the winner of Bigg Boss 15 and took home Rs. 40 lakhs along with the trophy. The former contestants of Bigg Boss 15 were rooting for Pratik and wanted him to be the winner of the show. Post the show’s grand finale, several celebs including Anita Hassanandani, Akkanksha Puri, Debina Bonerjee, Gurmeet Choudhary, Bipasha Basu, Parag Tyagi supported Pratik and even called him the ‘most deserving winner’. Also Read – Naagin 6 new promo: Tejasswi Prakash’s first look as serpent UNVEILED; Ekta Kapoor’s show to premiere on THIS date – Watch Video

Post the grand finale, Pratik left the sets with his singer-friend and former contestant Akasa Singh. Fans were beaming with joy after seeing the two together. Akasa and Pratik’s friendship was seen becoming strong inside the house.

Moreover, Bigg Boss OTT contestant Karan Nath who had been supporting Pratik in the show appreciated his journey.