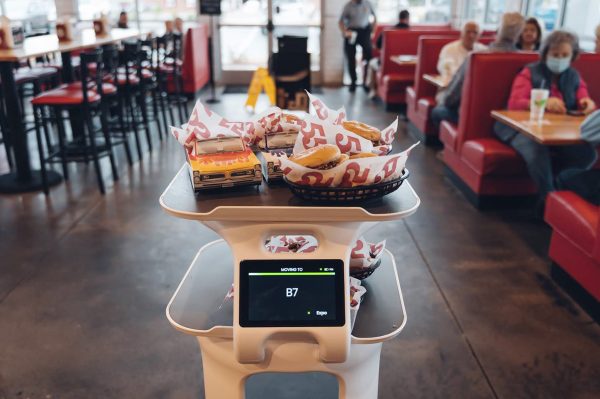 One of the most interesting things about following food robotics startups over the past couple of years is tracking all of the different tasks companies are looking to automate, from prep to delivery. Bay Area-based Bear isn’t the only firm attempting to bring robots out in front of the the counter, but in recent years, it’s become one of the most prominent.

Bear has seen some success in deployment of late, including a bid to get its system in more restaurants in Japan. That push comes courtesy of backer SoftBank, as well as some ongoing labor shortages in the country. Japan has long eyed robots as a way to keep business moving for its aging population, and the pandemic only served to accelerate those needs. Here in the States, Bear has partnered with Chili’s, Compass Group, Denny’s, Marriott and Pepsi.

The business model has clearly garnered a lot of confidence in SoftBank, which has become even more bullish on robotics of late, leading its 2020 Series A. Today new investor IMM is coming on board to lead an $81 million Series B, along with existing investors like Cleveland Avenue. This latest round brings Bear’s full funding up around $117 million to date.

Bear is understandably cautious around the subject of full automation. The company has long positioned itself as a way for restaurants to augment — rather than replace — human waitstaffs. That’s no doubt, in part, due to the fact that the machines are more akin to mobile tables, rather than robot waiters, moving orders from Point A to Point B.

“Having started my own restaurant years ago, I learned firsthand just how hard things could get,” founder/CEO John Ha said in a release. “I thought there must be a way to automate some of these repetitive tasks without losing what makes a restaurant great. That’s why we created Servi. It’s a solution meant to enhance the experience of customers, employees, and operators. While others are trying to fully automate work, we’re trying to elevate the future of work for stakeholders in this industry that keep it going each day.”

All told, Bear says its Servi robot has delivered 28 million meals over a combined 335,000 miles.