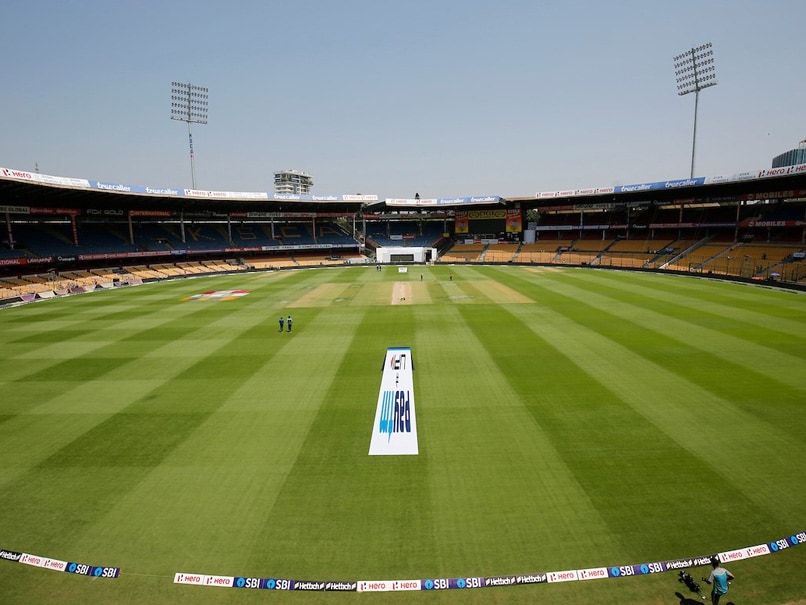 File photo of the M Chinnaswamy Stadium in Bengaluru© BCCI

The pitch at the M Chinnaswamy Stadium in Bengaluru, which was used for the 2nd Test match between India and Sri Lanka, has been rated “below average” by match referee Javagal Srinath, the International Cricket Council (ICC) informed through a press release. The venue has received one demerit point under the ICC Pitch and Outfield Monitoring Process.

“The pitch offered a lot of turn on the first day itself and though it improved with every session, in my view, it was not an even contest between bat and ball,” Srinath said. The report has been forwarded to the Board of Control for Cricket in India, the release stated.

India won the second Test by 238 runs to take the two-match series 2-0 on Monday in Bengaluru. The Rohit Sharma-led side started Day 3 of the pink-ball day-night Test needing 9 wickets and they got that within a session and a half to extend their dominance on home soil. Ravichandran Ashwin and Jasprit Bumrah were the stars of the show for India. The off-spinner picked up four wickets and also went past Dale Steyn in the highest wicket-takers’ list to lead India’s charge. Bumrah on the other hand, returned with three wickets to back his five-wicket haul in the first innings. For Sri Lanka, captain Dimuth Karunaratne played a brilliant knock, scoring his 14th Test ton while Kusal Mendis slammed a breezy half-century. But it wasn’t enough as India bowled them out for 208 in the second innings to complete the series sweep. The hosts had won the first Test by an innings and 222 runs.

Shreyas Iyer was declared the Player of The Match for his twin half-centuries on a pitch that had a lot of help for the spinners and was not at all easy for batting. India wicketkeeper-batter Rishabh Pant was named as Player of The Series for his impactful performances with the bat and assured keeping behind the stumps.