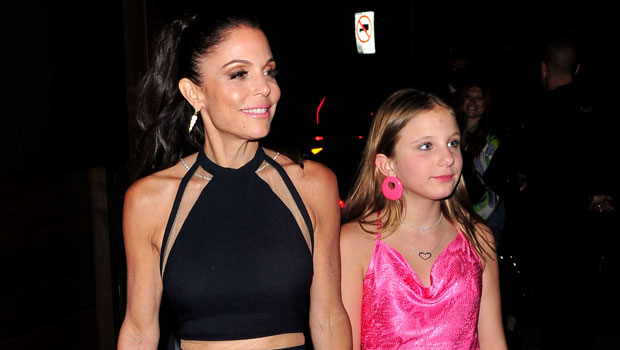 Bethenny Frankel’s daughter Bryn looked fabulous in a pink dress as rumors circulate that her mom could return to the newly-announced ‘RHONY’ spinoff.

The Real Housewives of New York City alum Bethenny Frankel was spotted in the City of Angeles with her 11-year-old daughter Bryn on Wednesday, March 23. The two were seen holding hands as they headed to the celebrity hotspot Craig’s. Bryn rocked a fabulous pink, spaghetti strap dress as she walked beside her mother. The tween completed her look with chunky, pink, circular earrings, small patterned clutch and bright green sneakers.

Meanwhile, the reality TV star rocked a black crop top and matching pants that had a nude stripe going across the side of the leg. The mother and daughter duo seemed to be enjoying their trip to LA. The two have proved they have a tight-knit relationship on a number of occasions. They soaked up the sun and some quality time in Costa Rica.

The Skinnygirl founder uploaded a series of sweet photos from their trip and captioned the post, “I’ll never grow out of the mommy & me phase…” The two seemed to have an adventurous trip as evidenced by the pics of them paddling down river rapids, horseback riding, going to the spa and taking a boat ride.

Bethenny shot into the spotlight when she starred on RHONY. She starred in the original cast and left after Season 3. She returned not too long after for Season 7 and made her second exit after Season 11. While her second departure seemed more finite than her first, viewers kept holding out hope that she’d return yet again. Now, the odds are higher after Bravo announced there’d be a spinoff series titled RHONY: Throwback or RHONY: Legacy.

Bravo head Andy Cohen weighed in on whether he thought the OG would return for the spinoff. “Listen, I go back with Bethenny since the beginning,” he said while speaking to Variety. “She’s moved to Connecticut, but she’s still in the Hamptons. Her life is now evolved to another place, so I can’t imagine her wanting to do it. But of course, you know, I never turn down a conversation with Bethenny about coming back.”