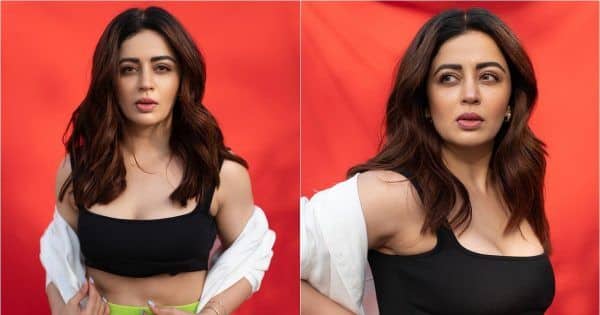 Reports have been doing the rounds that Nehha Pendse, who plays the role of Anita Mishra aka Gori Mem, is going to quit Bhabiji Ghar Par Hai. Last year, she had replaced Saumya Tandon on the show. It looked as if Nehha was enjoying her time shooting the show when she was sharing her pictures from the sets. But if the latest reports are to be believed, Nehha wasn’t happy with the way her character of Anita Bhabhi was shaping on the show. Also Read – Bhabhi Ji Ghar Par Hain: Nehha Pendse’s reaction to rumours of her exit should worry fans [Exclusive]

“Nehha was miffed with how things were going with regards to her character. The makers made no effort towards building the character of Anita with her. After an initial brief about the character, its development in the show was not worked upon in collaboration with her. She was left on her own and the support she expected from the makers was completely lacking,” a source was quoted as saying by India TV. Also Read – Bhabiji Ghar Par Hai: Nehha Pendse to QUIT; makers on the hunt for a new Anita Bhabi – deets inside

The source further claimed that Nehha had “started being uncooperative on the set. She had refused to do dance and such scenes with the co-stars. The reasons for this are best known to her. The makers started to panic on seeing this behaviour and they realised this cannot continue to go on as the character of Anita will be affected and the show will bear the brunt of her decisions.” Also Read – Bigg Boss: Rupali Ganguly, Jay Bhanushali, Nehha Pendse and 12 more celebs who FAILED to impress on Salman Khan’s show

Last year in December, the show had completed 1,700 episodes and Nehha Pendse, Shubhangi Atre, Aasif Sheikh and other actors had expressed their happiness and shared their experience of being part of the show. Nehha Pendse had said that though she has been one of the newest members on the show, she feels like ages since she joined the cast. She said that she loves playing the strong and independent Anita Bhabi, and it feels like a personal achievement to have reached the 1,700-episode landmark.