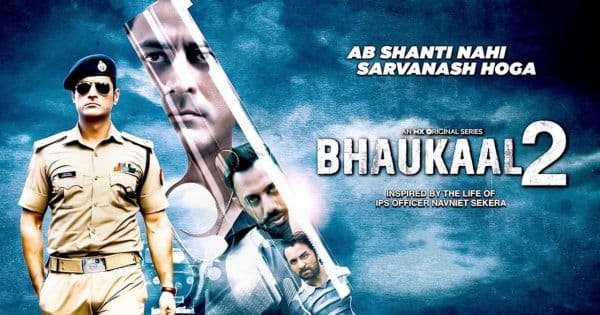 Bhaukaal season 2 starts streaming on MX Player today. The series stars Mohit Raina, Siddhanth Kapoor, Bidita Bag, and Pradeep Nagar. Season one of the series had released in 2020, and it had received a decent response. Mohit’s performance in it was appreciated a lot. Now, season two is here, and viewers who have watched season one would surely be excited for part two of the series. So, is Bhaukaal season 2 worth binge-watching? Read our review below to know that… Also Read – 36 Farmhouse, Bhaukaal 2, Ozark 4 and more movies and web series set to premiere this week on OTT

What’s it about? Also Read – Mohit Raina reveals interesting details about wife Aditi and why they chose a low key wedding in Rajasthan

Bhaukaal is set in Muzaffarnagar, UP, where there’s gunda-raaj. Season one ended with the encounter of Shaukeen (Abhmanyu Singh), the leader of one of the gangs. Now, the Dedha brothers, Pintu (Pradeep Nagar) and Chintu (Siddhanth Kapoor) want to rule the city. But, SSP Naveen Sikhera (Mohit Raina) wants to finish the crime there. So, it’s the Dedha brothers vs Sikhera.

Watch the Bhaukaal 2 Official Trailer Below:

If you want to watch a series that has cuss words, violence and is set in a totally desi backdrop, then you will surely like Bhaukaal 2. Jatim Wagle has very well created the atmosphere of a small town with crime happening now and then. The locations, look and dialect of the actors are perfect. The series picks up really well after 6th episode. There are some really good gang-wars shown and they keep us hooked.

One of the best elements of the series is the performance of the villains Pradeep Nagar and Siddhanth Kapoor, especially the former. Pradeep is simply excellent in the series and we would also like to mention that not even in a single scene does he lose his accent.

The series starts on a very slow note. It’s a 10-episode series, and the first five episodes will test your patience. It gets much better after the 6th episode, but then there’s no big twist in the climax, so you know where the series is heading.

Mohit Raina is a good actor, and his performance in Bhaukaal season 2 is also decent. But, after Bhaukaal season 1, we watched him in Mumbai Diaries 26/11 (series) and Shiddat (movie), and in both the projects he was simply amazing. So, the expectation from his performance in Bhaukaal 2 was quite high, and that’s a hurdle here. Also, Mohit’s character Sikhera looks weak in front of Pintu’s character (not physically, but writing-wise).

Bhuakaal season 2 is a strictly average series. If you actually don’t have anything to watch this week on OTT, then maybe the series can be an option for you. But, don’t expect something amazing here.