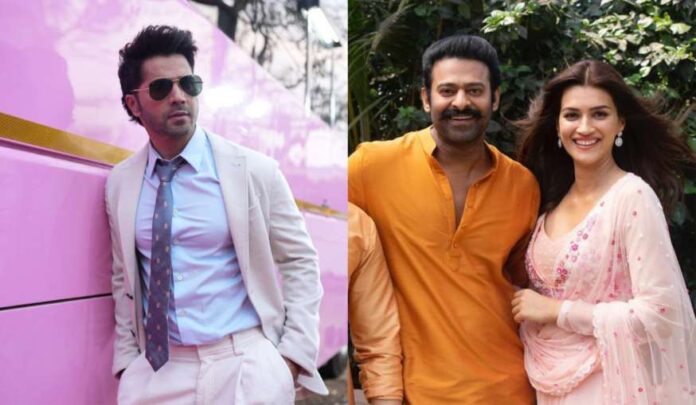 Actually, Varun and Kriti (Varun Dhawan and Kriti Sanon) recently reached the set of TV’s dance reality show ‘Jhalak Dikhhla Jaa’. From where Kriti Sanon’s linkup was indicated in front of Varun Dhawan and Karan Johar. This clip also quickly started going viral on social media. In this viral video, in this video, the host of the show ‘Jhalak Dikhhla Jaa’, Karan Johar asks Varun Dhawan, “Why was Kriti’s name not in it?” Responding to this, Varun said, ‘Kriti’s name was not there because Kriti’s name… is in someone’s heart.’ During this, Kriti is seen trying to silence him.

After which Karan asks about him, he says, ‘There is a man who is not in Mumbai, he is currently shooting. With Deepika Padukone. As soon as this clip went viral, the fans are speculating that he is referring to Prabhas. Who is currently busy shooting for Project K with Deepika Padukone. Kriti Sanon is seen smiling after Varun says this and a different kind of happiness is seen on her face.

Recently, another video of Kriti went viral, in which she called Prabhas a darling. Now both are really dating each other or not? Both of them can tell about this. At present, there has been no reaction on this from either of the two.