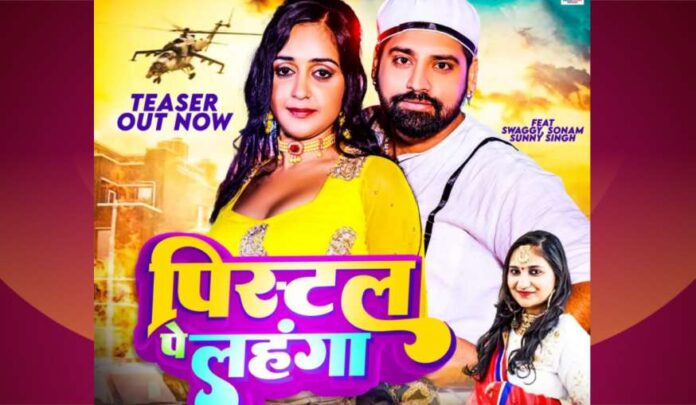 Rakesh Mishra’s songs go viral on social media as soon as they are released. Rakesh Mishra’s song ‘Pistol Pe Lehnga’ has become a rage on the internet. People of UP-Bihar start dancing on the songs of Rakesh Mishra. Rakesh Mishra has once again become a topic of discussion. Recently, a song ‘Pistol Pe Lehenga’ by Rakesh has surfaced, which is spreading like a fire in the internet world. Where his fans are very fond of this song. At the same time, some people are trolling him fiercely because of this song. The discussion of this song has intensified in the social media world. This song by Rakesh Mishra begins with a story in which Rakesh Mishra is seen firing a pistol for his girlfriend. During this the arrest takes place and he is seen thinking about it from the jail.

People are not liking the title of this song, due to which people are trolling Rakesh Mishra. People are enraged at the combination of lehenga and pistol in the title of the song. Rakesh Mishra said on this point that ‘It is very easy to troll someone on social media, but whatever it is, this song is very funny, everyone has accepted it. I request you to also watch this song once. There is nothing objectionable anywhere in the song. This is just for fun.

Ram Charan, who is going to become a father after 10 years of marriage, shares his happiness like this!