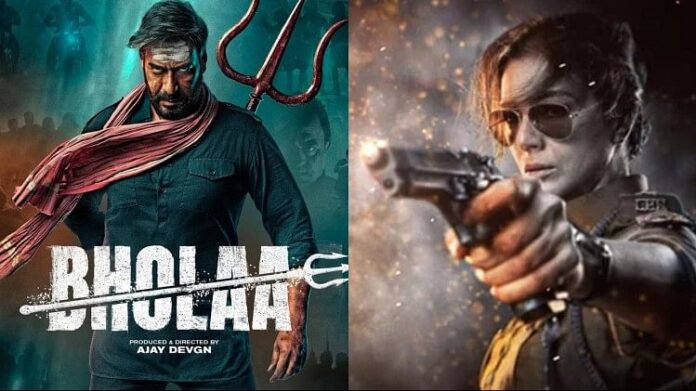 Teaser 2 of actor Ajay Devgan’s most awaited film Bhola has been released. The poster of this film was already released. After which actor Ajay Devgan has shared the second teaser of the film Bhola on his Instagram handle. Actress Tabu is going to be seen opposite Ajay in the film. The film is looking full of action and drama. Ajay Devgan is appearing in a strong role.

When a rock hits a hundred devils

Sharing the teaser of the film on his Instagram, Ajay Devgan wrote in the caption – When a rock hits a hundred devils. Ajay Devgan and Tabu starrer film Bhola is full of action, drama. In this film, the actor is going to be seen in the role of a prisoner. Whereas actress Tabu will be seen playing the role of a police officer. The teaser of the film begins with Ajay Devgan. After this Ajay Devgan is seen in full action. Later, there is the entry of actress Tabu, where some people will be seen dragging her by her hair. The story of the film is based on the drug mafia. Let us tell you that the film Bhola is the Hindi remake of South’s blockbuster film Kaithi. Actor Karthi Sivakumar has played the main character in South’s film Kaithi. People liked the film a lot.

The film will be released on March 30

Read this also-Bollywood: These Bollywood stars came out of the soil of the village and shone across the country, won the hearts of crores of people with their talent.