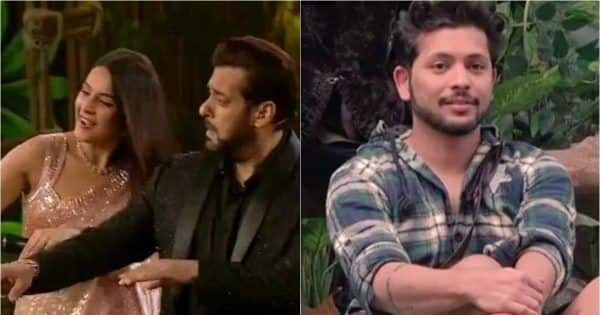 Bigg Boss 15 contestant Nishant Bhat, who made it to the top five in the grand finale, walked out of the reality show with Rs 10 lakh. Many people including the finalists were shocked and questioned his decision to walk out with a briefcase full of money. He has now explained his stance and said that he always wanted the audience to love him the same way they have loved Bigg Boss 13 contestant Shehnaaz Gill. Also Read – Bigg Boss is back! Kangana Ranaut all set to host her own version along with Ekta Kapoor; read EXCLUSIVE deets!

“I didn’t expect anything from Bigg Boss because I was a nobody. I have a to-do list which I wanted to tick. From being the runner-up on Bigg Boss OTT to competing against biggies in Bigg Boss 15 and becoming the finalist, the show has given me more than what I had expected. Whatever things I have done inside the house, have come naturally to me. And I never wanted to get eliminated from the Bigg Boss house. If I have gone inside the house on my terms, I wanted to leave on my terms only. So that was always there at the back of my mind. Talking about winning the show, I have always been in awe of how audiences loved Shehnaaz Gill during her stint in the Bigg Boss house. So I wanted to receive the same kind of love from the audience like they showered on Shehnaaz. I think coming and going on my own terms is the winning moment for me. Bigg Boss never said, ‘Aapka safar yaha pe khatam hota hai.’ So that’s the victory for me,” Nishant told TOI in an interview. Also Read – Shamita Shetty Birthday Bash: Rashami Desai-Umar Riaz arrive together twinning in white, Pratik Sehajpal and more Bigg Boss 15 contestants attend [View Pics]

Shehnaaz Gill is probably the only contestant in the history of Bigg Boss to received tremenduous amount of love and care from the audience, both inside and outside the show. Her honesty and sincerity brought her closer to millions of people across the country and she is winning many hearts with every step moving forward. Her emotional appearance alongside Salman Khan on Bigg Boss 15 grand finale left everyone with moist eyes. She paid a heartfelt tribute to Bigg Boss 13 winner and late rumoured boyfriend Sidharth Shukla on the show. Also Read – Karan Kundrra and Tejasswi Prakash’s romance outside the Bigg Boss 15 house is winning hearts,Watch video

Recently, Nishant said that even though he is fond of Bigg Boss 15 winner Tejasswi Prakash, he wanted co-contestant Pratik Sehajpal to win. “If you ask me honestly I wanted Pratik (Sehajpal) to win because he has given that much to the show. But if Tejasswi has won I am happy for her too. For me the person who is in the top 5 is deserving. For me, everyone who reached the top 5 is a winner.”