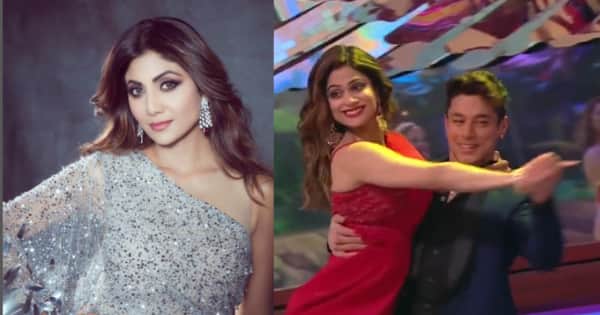 Shamita Shetty is among the most popular contestants of Bigg Boss 15. Her journey with the controversial show has continued from Bigg Boss OTT and she is now among the top contenders to win the show. However, today, the actress got called out for her ‘double standards’. Famous reporters threw some shocking questions at her and questioned her about her decision to save Rakhi Sawant when she had claimed that she cannot live in the same house with her. Meanwhile, on social media, sister Shilpa Shetty is doing her best to create buzz for Shamita Shetty. Also Read – Bigg Boss 15 Weekend Ka Vaar Live Updates: Karan Kundrra will be a father to twins, predicts Pandit Janardhan

On Twitter, Shilpa Shetty is making several tweets in support of her Tunki. Shamita’s fans started a trend today saying ‘Shamita Winning Hearts’ and Shilpa participated in it wholeheartedly. She made several tweets talking about how her sister has played the game with dignity and grace. In one of the tweets, she even commented on Shamita and Pratik Sehajpal’s dance. To promote the show Hunarbaaz, Shamita and Pratik along with others gave a dance performance. Shilpa called them ‘Cuties’. Also Read – Bigg Boss 15: Top 5 Most Popular Contestants by Ormax Media – Tejasswi Prakash leads; Umar Riaz replaced by THIS contestant

Just hooked on these cuties and their adorable dance @realsehajpal #TeamSS

It’s been a long journey from OTT till here but Picture abhi baaki hai dost. Ab trophy jeetne ki baari hai ❤️✨#ShamitaShetty has outshined every hurdle that has come her way. Let’s make her win this and get the trophy home ??#ShamitaShetty #ShamitaIsTheBoss pic.twitter.com/FYaiQ1K28p