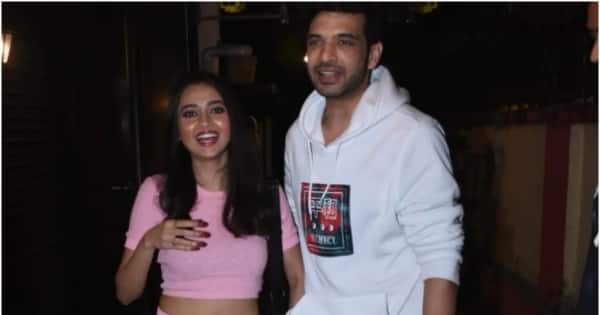 Tejasswi Prakash was crowned as the winner of Bigg Boss 15. The results were quite shocking for a lot of people. Soon after the finale, Karan Kundrra, who went on to become the second runner up for the season, had dropped a cryptic tweet. A lot of KK supporters were shocked when Karan’s eviction was announced. Karan had tweeted out saying, “A big big biggggg thank you to each and everyone of you for all the love and support and kindness that you showered on me throughout my journey.. sorry for the late tweet.. Lost faith in a lot of things today but hopefully not in myself.. you’ve stood by me like a rock.” And now, Tejasswi Prakash has reacted to his cryptic tweet. Also Read – Bigg Boss 15: Nishant Bhat OPENS up about reports of judging Dance Deewane Junior; says, ‘I will definitely…’ [Exclusive]

The Naagin 6 actress said that she had spoken to Karan about the same. She said that she want the final moment to happen between her and Karan. Tejasswi shared that it was a shock for them both when Karan came third. The Silsila Badalte Rishton Ka actress said that Karan always knew that it was between them both, she was sure to win. Tejasswi added that Karan is very happy that the trophy is home. “Having said that, it is Karan Kundrra and he is a lot more than just that last moment we missed out on,’ Tejasswi told Times of India. Also Read – 6 Bigg Boss contestants who became extremely famous despite NOT winning Salman Khan’s show

Meanwhile, in a live interaction with fans, Karan Kundrra revealed that he drank chilled bear and had butter Chicken on a footpath. He said that he and his friend Omi enjoyed it a lot and it was just like moving out of a 5-star hotel. Elsewhere, Karan revealed that he wants to meet Umar Riaz badly. Karan and Umar’s bromance was quite popular when they were locked inside the house. On the other hand, Tejasswi Prakash has begun shooting for Naagin 6. Also Read – Bigg Boss 15: Pratik Sehajpal REVEALS if he’s teaming up with Akasa Singh for a music video [Watch Exclusive Video]