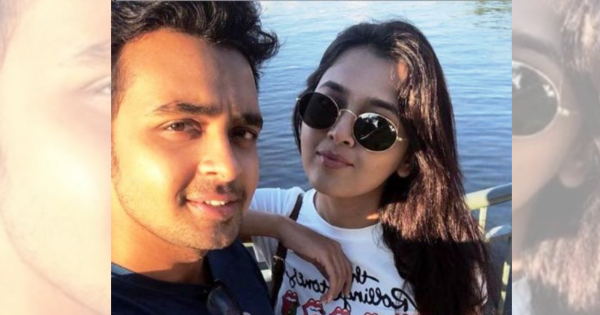 Bigg Boss 15 contestant Tejasswi Prakash has been one of the strongest since the beginning of the show. She initially was hailed as the entertainer of the house. Adding to her popularity is her connection with Karan Kundrra. The two contestants seems to have found love in each other. TejRan, as they are popularly known by their fans, have painted the Bigg Boss 15 house red with their romance. However, recently, a report about Tejasswi Prakash having a secret boyfriend outside the house hit the web. It got reported that she is dating someone named Vinneet Khedekar who goes by the name Krissh on social media. Now Tejasswi’s brother has called these reports false. Also Read – Bigg Boss 15: Tejasswi Prakash’s SECRET boyfriend’s identity revealed? Here’s what we know

Tejasswi Prakash’s brother Pratik cleared the air over the rumours and stated that Krissh is a part of the family. He revealed that Krissh is their second cousin. Pratik was quoted saying, “To clarify all the rumours that are floating around about Krish being Tejasswi’s boyfriend is all false. He is our 2nd cousin and shares a very good rapport with Teja and I. Hope to now put a stop to all the rumours” Also Read – Bigg Boss 15 Weekend Ka Vaar Live Updates: ‘Teri maa stupid,’ Karan Kundrra tells Pratik Sehajpal as they get into a fight; Salman Khan confronts Tejasswi Prakash

Krrish also took to his Insta stories to give out a clarification and wrote, “This is to clarify that Tejasswi and I are not dating. These are just rumours. Pratik and Tejasswi are part of family. Stop spreading false news”. This sets the record straight. Also Read – Bigg Boss 15: Salman Khan holds no bounds in slamming Tejasswi Prakash; ‘Jis thali mein khatein hai, ussi thali mein koi ched karta hai?’

Meanwhile, Tejasswi Prakash and Karan Kundrra currently seems to be going through a rough patch. For the past couple of weeks, the couple of the Bigg Boss 15 house has been fighting too much.