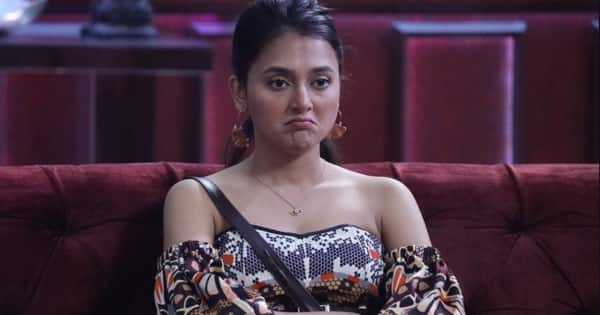 Karan Kundrra and Tejasswi Prakash’s relationship in Bigg Boss 15 has been one of the biggest highlughts of this season. Fans are absolutely in love with their bond. Fans have even coined a term for them and it is TejRan. However, for the past few weeks, TejRan have been going through a rough patch in their relationship. They have been constantly having disagreements and fighting with each other. Amidst this, a report has surfaced on the web suggesting that Tejasswi Prakash has a secret boyfriend outside of the Bigg Boss 15 house and she is faking the love angle with Karan Kundrra. Also Read – Bigg Boss 15 Weekend Ka Vaar Live Updates: ‘Teri maa stupid,’ Karan Kundrra tells Pratik Sehajpal as they get into a fight

A report in Times of India has suggested that Tejasswi Prakash’s boyfriend’s name is Vinneet Khedekar. He goes by the name of Krrish on social media. The report suggests that Krissh deleted all the pictures of Tejasswi Prakash from his social media account. However, a video on Tejasswi Prakash’s Instagram account is said to have Krrish in it. The portal also reached out to Krissh who categorically denied the dating claims. He was quoted saying by TOI, “People assume. But that’s not true. We are just friends.” In fact, even on Insta stories, he has denied dating Tejasswi Prakash and stated that they are a part of the family. This should set the record straight. Also Read – Bigg Boss 15: Salman Khan holds no bounds in slamming Tejasswi Prakash; ‘Jis thali mein khatein hai, ussi thali mein koi ched karta hai?’