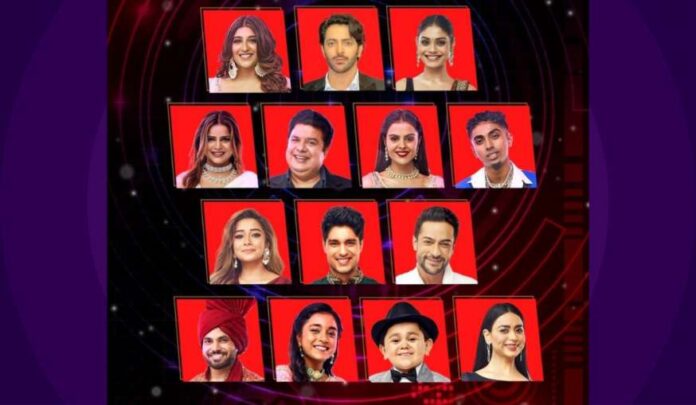 People are liking Salman Khan’s spicy and suspense-filled reality show ‘Bigg Boss 16’. This show has created a lot of buzz. These days in the house of ‘Bigg Boss’, the contestants have made a splash in the show. The captaincy of which member of the house will make the family members happy and who will be sad. Tina Dutta is at the forefront of this race of captaincy. People believe that this time Tina will become the queen of the house. Tina also wants him to become the captain once. He has also asked ‘Bigg Boss’ to give him a chance.

Famous reality show Bigg Boss 16 is in limelight these days. The wild card entry of Vikas Manaktala and Sreejita Dey in the show has created a ruckus in the Bigg Boss house. This week Bigg Boss 16 saw a stir as not one but three contestants have been made captains of the house this week. Recently a new promo video of Bigg Boss 16 has surfaced, in which Shaleen Bhanot, Tina Dutta, Sumbul Khan, Soundarya Sharma and Priyanka Chahar have participated in the captaincy task of the house. During this, a task is given to all the family members, in which they are asked to choose any three of these five contestants.

It can be seen in this promo video that Nimrit Kaur, Soundarya Sharma, Tina Dutta and Sumbul Khan are finally named, after which ‘Bigg Boss’ makes all three the captains of the house. The fans are surprised by these contestants becoming the captain of the house.

Soundarya Sharma’s attitude has completely changed after becoming the captain of the house. There has been an argument between Soundarya and Vikas regarding the work of the house, the video of which is going viral on social media. In this video, Vikas is seen lying on the sofa when Soundarya comes and asks him to sweep the house. Vikas gets furious after hearing Soundarya’s order and an argument ensues between the two. Now it has to be seen how Sumbul and Tina Dutta live with the family.

James Cameron gave this big task to the writer of the film for Avatar: The Way of Water

Year Ender 2022: Bollywood got special stars this year, know who made their debut