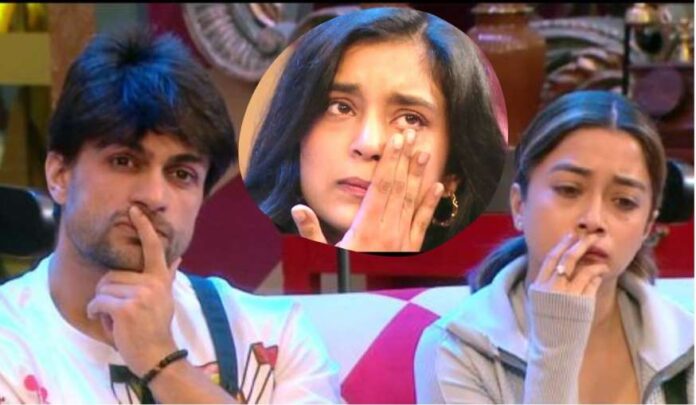 Big Boss 16: Salman Khan’s big bang show ‘Bigg Boss 16’ has not left any chance to entertain the people. These days the issue of Sumbul Touqeer Khan, Shalin Bhanot and Tina Dutta is in the news in the house. At the same time, another promo video of ‘Bigg Boss 16’ has been released recently, in which Shaleen Bhanot was seen expressing displeasure on Sumbul. Seeing which the health of the actress deteriorated, there was resentment among the fans regarding this promo video of ‘Bigg Boss 16’. Not only this, he also demanded immediate ouster of Shaleen Bhanot and Tina Dutta from the show.

In the promo video of Salman Khan’s ‘Bigg Boss 16’, it was shown that Shalin Bhanot asks Sumbul to stay away from Tauqeer Khan. At the same time, Sumbul asks at what time she had gone to talk to him. Tina Dutta taunts that “people are speaking what they are seeing outside. My character is being questioned.” Shaleen Bhanot says in the midst of all this, “What is our fault man, she herself comes to us.” Due to this behavior of Shaleen Bhanot and Tina Dutta, Sumbul starts having panic attacks, which upsets the entire house.

This week something happened where Sumbul’s phone conversation was made with his father, but here ‘Bigg Boss’ played himself. When the makers of the show started getting trolled on social media for having a personal conversation with the parents, they created a game. The whole family was told about Sumbul and his father, after which Shaleen and Tina got angry. Sumbul’s father said on national television to stay away from Tina and Shaleen.

Where Shaleen’s father and Tina’s mother are seen saying to Sumbul’s father that you are not feeling that you have come from ICU. You are looking absolutely fine, Salman listens to the whole thing.

Anupamaa: Will Anupama decide to bring Dimple and Nirmit to her home, this person will support her