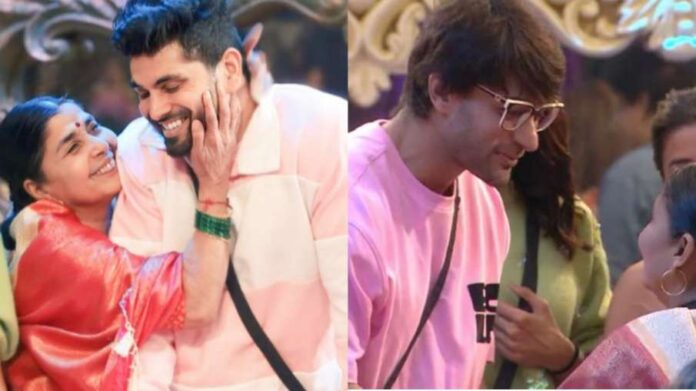 Mission Majnu Trailer: Amidst the news of marriage, Siddharth Malhotra was seen romancing with this actress in Pakistan!

Abdu Rogik walks in on the freeze and release command and starts laughing, as he is in the middle of changing his clothes when he freezes. Further, Farah Khan enters the BB house and goes to Sajid while she gets emotional and tells him that she misses him a lot and constantly reminds him not to lose the ration by talking. Shiv’s mother enters and she walks in telling Shiv that she is very happy to see him in the show. Shiva hugs his mother and says that he is not going to cry. Shiva’s mother talks with him and Stan, revealing that they shouldn’t involve the family in their feud. Shiv’s mother also told that she did not like it when Tina had a fight with Shiv. Shiv’s mother had jokingly called Tina and Sheleen as brothers, after which Shiv started laughing out loud.

Priyanka’s younger brother Yogesh enters the house and the housemates mistake him for Priyanka’s elder brother. Shiv’s mother Asha advises Shalin and Tina to be polite to each other, while Shiv jokes that They are a lost cause. On the other hand, Farah jokes that Tina is better for Mahim than Shalin, to which everyone laughs. Bigg Boss announced that the Lost category got the maximum number of votes and this week Sreejita, Sumbul, Nimrit and Stan were nominated for elimination.