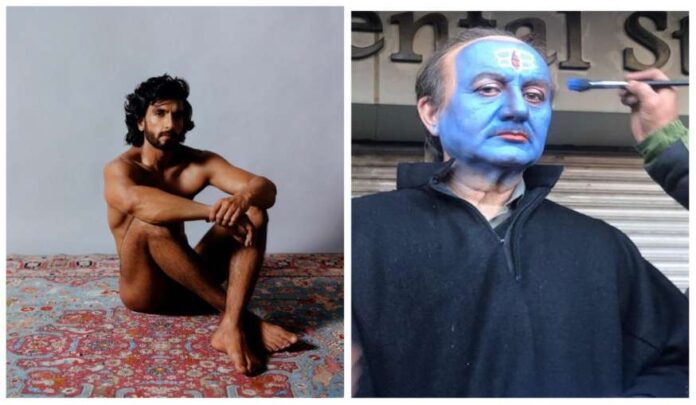 Bollywood Controversies of 2022: The year 2022 has not proved to be anything special for Bollywood. This year is about to end now and with this people are waiting for the new year. In 2022, even though the films did not do much at the box office, but due to the controversies, many big stars and films remained in the news. In this list, the name of the low-budget film ‘The Kashmir Files’, which broke many records in terms of earning at the box office, to Bollywood’s Atrangi actor Ranveer Singh is included. Let’s know about the biggest controversies of Bollywood this year.

Filmmaker Vivek Agnihotri’s film ‘The Kashmir Files’ on the one hand created many records and titles, while on the other hand the film was also mired in controversy. After the release of the film, people said that the way Muslims have been shown in it is wrong. After the release of the film, there was an uproar across the country. Let us tell you that Anupam Kher, Mithun Chakraborty Pallavi Joshi and Darshan Kumar had introduced strong acting in the film ‘The Kashmir Files’. The film depicted the atrocities on Kashmiri Pandits in the Kashmir Valley.

Read also: Ram Charan, who is going to become a father after 10 years of marriage, shares his happiness like this!

There was a lot of ruckus across the country regarding the poster of the documentary film ‘Kali’. In its poster, a woman in Kali Mata’s look was shown smoking a cigarette. Complaints were also lodged with the police in many cities regarding the film and the demand for the arrest of its makers was also raised. Although later the director of the film said that its story is from the streets of Toronto.

Bollywood’s outlandish actor Ranveer Singh is often in discussion about his style and clothes, but this year when he took off all his clothes for a photoshoot, a ruckus started on social media. Users on social media were divided into two factions. One was the one who liked this nude photoshoot of Ranveer and the other was the one who trolled Ranveer a lot. Even a police complaint was lodged against Ranveer Singh in Mumbai.