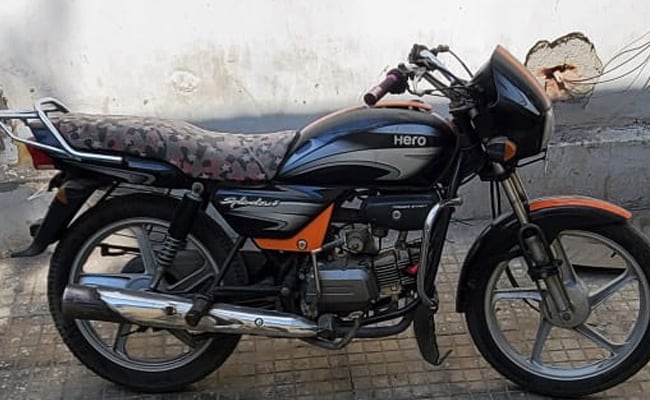 A stolen motorcycle on which two suspects had brought improvised explosives device to a market in Delhi has been recovered, sources in the Delhi Police’s special cell have said.

An IED, short for improvised explosive device, was found at Delhi’s crowded Ghazipur Mandi on January 14. The police’s bomb squad had detonated it safely.

The police had been searching for the motorcycle ever since it was spotted in CCTV footage at Ghazipur during investigation. The motorcycle was stolen from Shastri Park in 2020, the police said.

In the CCTV footage, two suspects were seen on the motorcycle going to Ghazipur. They left the IED made with the highly dangerous material RDX at Ghazipur, after which they rode to Seemapuri. The Delhi Police yesterday recovered 3 kg of IED from a rented flat in Seemapuri. The house owner and a property dealer are being interrogated by the police.

The police said the suspects rented the apartment in the north-eastern part of Delhi using fake documents. The property owner didn’t carry out police verification of the tenants.

The flat was taken on rent by three people. All of them left the place before the police reached. Dozens of suspicious phone calls intercepted by the Delhi Police’s special cell led them to the spot.

The special cell suspects the men could be part of a sleeper cell or a larger conspiracy.

With the IED found at Seemapuri having similarities with the one recovered at Ghazipur flower market, the police believe both cases are linked to the same suspects.

The case is also suspected to be related to a bomb blast at a parking lot in Himachal Pradesh’s Kullu on January 29. Samples that a forensic team took from that bomb matched the IED found in the Ghazipur case.