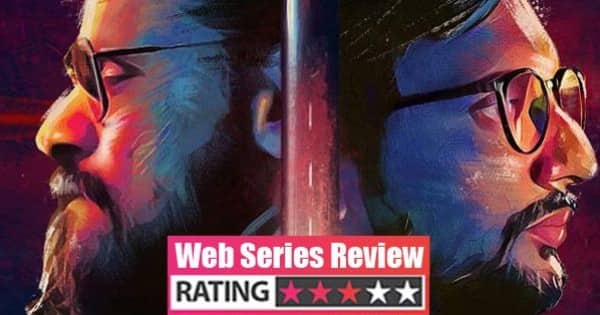 Crime dramas, edge-of-the-seat thrillers, murder mysteries, and more – the world of cinema has always been fascinated with the dark side of society. The audience too satiates its need for the thrills through such cinema. Adding to the list of crime thrillers is Zee5’s newest release Bloody Brothers. The web series is directed by Shaad Ali who has films like Saathiya, Bunty Aur Babli, and more under his name. The star cast of the web series includes names like Jaideep Ahlawat, Zeeshan Ayyub, Tina Desai, Satish Kaushik, Shruti Sheth, Mugdha Godse, and more. It is a complicated crime thriller that ponders upon subjects like brotherhood, love, lust, greed, and more with a broader plot being that of accidental murder. Also Read – Kareena Kapoor Khan and Jeh’s adorable pic from the beach in Maldives will drive away your mid-week blues

As the name of the series suggests, Bloody Brothers is a story of two brothers set in Ooty, who share a complicated equation of sorts. One is successful while the other is living under his shadow. Jaideep Ahlawat is Jaggi a successful lawyer while Zeeshan Ayyub is the younger brother named Daljiet who runs a book store that has been bought by his successful brother (sorry for the spoiler). One tragic night, the brothers meet with an accident and kill a senior citizen. They flee from the crime scene and soon starts a journey to keep the secret hidden from all (sorry for the spoiler, again). But did the accident cause the death? What’s the equation of brothers? There are a lot of twists and turns that keep the audience at the edge of their seats.

Watch the Bloody Brothers trailer below:

Jaideep Ahlawat and Zeeshan Ayyub are the two shining stars of the story. Bloody Brothers is about an accident, however, as the series progresses, it brings in a lot of characters that add flavour to a basic crime drama. Tina Desai essays the role of Sophie who is supposedly the granddaughter of the senior citizen killed. She suspects something fishy and then it is a roller coaster journey with a complicated plot. There is a neighbour who has evidence of the said night and that’s when greed comes into the picture. The series picks up with its very first episode and makes you wonder about how far can one go to save a loved one. It is delightful to see Zeeshan Ayyub in a character that is so different than what he has generally portrayed in other projects. He delivers some comic scenes that are fun to watch. Though the story gets a bit predictable in between, the end surely leaves you thinking.

Though the story is about brothers centered around a crime, many parallel stories are going on. For instance, Shruti Seth and Mugdha Godse’s relationship appears to be forced. Shruti Seth is Jaggi’s wife who is in an unhappy marriage as the husband gives her no time. She then goes on to explore a different side and finds solace in Mugdha who is connected to a don sort of character played by Satish Kaushik. Did the story need a don? Well, maybe or maybe not.

In all, Bloody Brothers is a decent watch among the tsunami of crime thrillers available on OTT platforms. You can expect a little entertainment over the long weekend if you switch on to Bloody Brothers.