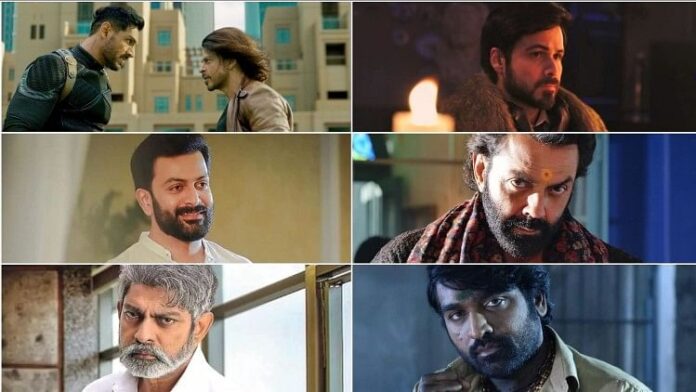 It is said that the more powerful the villain of the films, the more effort the hero has to make to defeat him, the applause comes from his share. That is, the bigger the villain, the bigger the hero and the bigger the film. Who can forget the villains like Gabbar, Mogambo, Shakal, Kancha Cheena and Dr. Dang. This year too, many big villains are at stake in Hindi cinema. Let’s take a look at the most awaited villains of this year.

Mir Sarwar, who has worked in many films like ‘Bajrangi Bhai Jaan’, ‘Dishoom’, ‘Jolly LLB 2’, has got the role of villain in Sidharth Malhotra and Rashmika Mandanna’s film ‘Mission Majnu’. The film is based on a fictional incident that happened during the Indo-Pakistani War of 1971. The film is releasing on 20 January 2023 on OTT Netflix.

Jagapati Babu, the star of South films, has worked in 120 South films so far. He is playing the role of a villain in Salman Khan’s film ‘Kisi Ka Bhai Kisi Ki Jaan’ and will be seen giving a tough fight to Salman Khan in the film. Directed by Farhad Samji, the film is releasing on 21 April 2023. The film was earlier being made as ‘Kabhi Eid Kabhi Diwali’, later it was renamed as ‘Kisi Ka Bhai Kisi Ki Jaan’.

Vijay Sethupathi is a well-known actor in South films. Vijay Sethupathi, who has played strong roles in many South films, is playing the role of a villain in Shah Rukh Khan’s film ‘Jawaan’. It is said that Vijay Sethupathi has collected the highest fees for this film so far. The role was earlier supposed to go to Rana Daggubati but due to poor health and date problems, the film’s director Atlee cast Vijay Sethupathi in the film. This film will be released on 2 June 2023.