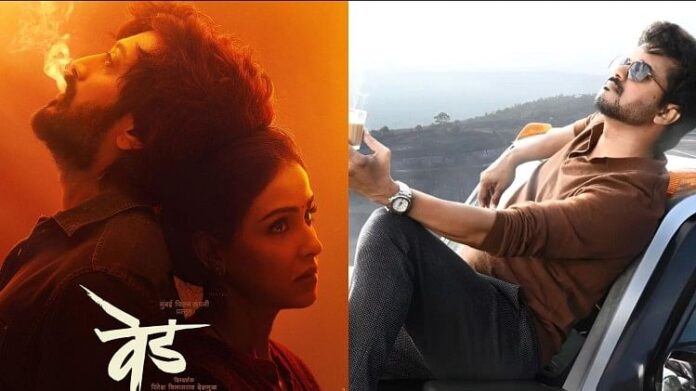 The last week of January has started. Although two big budget films Pathan and Gandhi-Godse Ek Yuddh are going to be released this week, but before that, let us tell you the condition of the films which are running in theatres. Marathi film Ved, South’s two films Thunivu and Warisu are currently running in the theatre. Apart from this, Avatar The Way of Water is showing its charm. So let’s know how much these films have collected on Monday.

South Star Ajith’s film Thunivu, which released a few days back, clashed with Warisu. The situation was such that on the very first day the fans of both the stars clashed with each other for the film. But in terms of earning, Vijay’s film has made an edge since day one. Talking about the collection, according to the initial figures, the film has collected Rs 1.50 crore on the 13th day. The total collection of this film has gone up to Rs 107.25 crore.

Vijay and Rashmika Mandanna starrer ‘Varisu’ is directed by Vamsi Paidipally. The film, which released on the occasion of Pongal, has been doing great business since day one. As per the initial figures, the film has collected Rs 2.35 crore on Monday. The total earning of this film has been Rs 152.65 crore.

Avatar The Way Of Water

The James Cameron film has broken several records at the box office since its release. This sixth week of the film is going on. Talking about the collection, Avatar has collected Rs 44 lakhs on the 39th day. The total collection of this film has been Rs 391.41 crore.