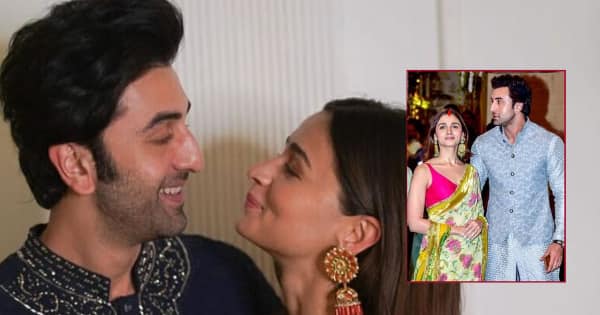 Ranbir Kapoor and Alia Bhatt‘s wedding pictures are being circulated on social media handles. Yes, you read that right. The Brahmastra duo’s wedding is one of the most talked-about things of late in Bollywood news. Some pictures of Ranbir and Alia as a married couple are going viral on social media. And they are also being circulated on certain websites. Hence, we decided to reveal the truth about the same to y’all. Ranbir and Alia are not yet married! The pictures are edits and photoshopped ones made by fans and shared on social media. Check out some of the edits below: Also Read – Trending Entertainment News Today: Jr NTR calls Salman Khan India’s biggest action star; KRK questions RRR box office collection and more

Also Read – Naagin 6: Tusharr Khanna to play Tejasswi Prakash’s love interest? Simba Nagpal aka Rishabh to get back with Reem?

Also, it was April Fool’s day, hence a lot of fans and social media handles circulated the images of Ranbir Kapoor and Alia Bhatt’s ‘wedding’ fooling everyone. However, now you know that there’s no truth to these pictures. Yes, Ranbir Kapoor and Alia Bhatt are going to marry. However, there’s no official confirmation on the dates or venue as of now. Also Read – Janhvi Kapoor, Disha Patani and 5 more actresses who look PHAT in bodycon outfits – view pics

Earlier it was reported that Alia and Ranbir are planning to tie the knot this month itself. Ranbir’s aunt Rima Jain had reacted to the same. She had denied the rumours saying that preparations haven’t begun yet. And hence, it was impossible for the wedding supposed to take place in such a short span of time. Ranbir had opened up on his wedding during a media interaction. He said, “I won’t give out a date during a media interaction. But Alia and I have all the intentions of getting married soon, so yes, hopefully soon.”

A source spilled the deets about Ranbir Kapoor and Alia Bhatt’s wedding to us. The source said, “After a long time there will be a wedding in Kapoor and Bhatt family, so there is no question on how grand it will be. Neetu Kapoor and Soni Razdon have been waiting for this special day for a long time and they want to do everything as per their rituals and in a PERFECT way. So obviously that prep needs time. Meanwhile, Alia and Ranbir will also fulfil their professional commitments. The wedding will be a grand affair and mostly in Mumbai as they will invite all the biggies from Bollywood. The wedding will be unlike Katrina Kaif and Vicky Kaushal‘s intimate affair. It will be a typical grand Bollywood shaadi and we too cannot contain our excitement for the same.”