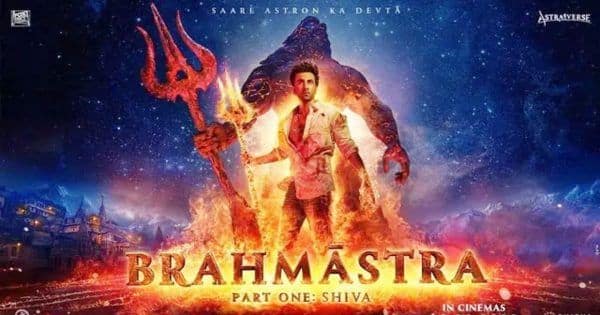 Brahmastra starring Ranbir Kapoor and Alia Bhatt is one of the most awaited movies of the year. Sadly, the coronavirus has wrecked havoc with the schedule of the movie. The pandemic has affected the shoot and release of so many blockbusters over the years. With every wave, new pandemic rules come into play. As per Bollywood Hungama, the shoot of Brahmastra has again faced a roadblock due to the virus. Ayan Mukerji is the director of the film and he has been working on it for five years now. The movie is heavy on special effects and that only took 8-9 months in London. Also Read – Gangubai Kathiawadi: Ajay Devgn shares his first look poster from the film; Ranveer Singh’s comment grabs attention – View Post

It seems the team had to shoot a few scenes in Varanasi, Uttar Pradesh. But that has not happened due to the coronvirus. Quite a few movies are stuck up. However, it seems Brahmastra makers only need a few scenes and it is only 4-5 days. The team of Brahmastra is now looking at dates in February to finish the shoot of the movie. The post-production of the film is happening side by side. The makers have announced 9 September 2022 as the release date of the film. Brahmastra had gone on the floors in 2018. Ayan Mukerji, Ranbir Kapoor and Alia Bhatt did a recce for the movie in Europe. Also Read – Gangubai Kathiawadi, Radhe Shyam and 7 other Bollywood and South biggies that’ll tussle at the box office in February and March

The shoot of Brahmastra has been delayed due to many reasons. In March 2021, Ranbir Kapoor tested positive. Even Alia Bhatt was down with the flu. The makers had planned a grand song with many junior artistes but could not do due to the COVID-19 protocols. The movie also has Amitabh Bachchan, Mouni Roy and Nagarjuna. Shah Rukh Khan will do a cameo in the film. Also Read – Ajith in Valimai, Yash in KGF 2, Thalapathy Vijay in Beast and seven more South superstars who nailed their FIRST LOOKS – view pics

The logo was unveiled during the Kumbh Mela. The motion poster was unveiled in Delhi last year. Sources say that Ranbir Kapoor and Alia Bhatt will marry only after the release of Brahmastra.