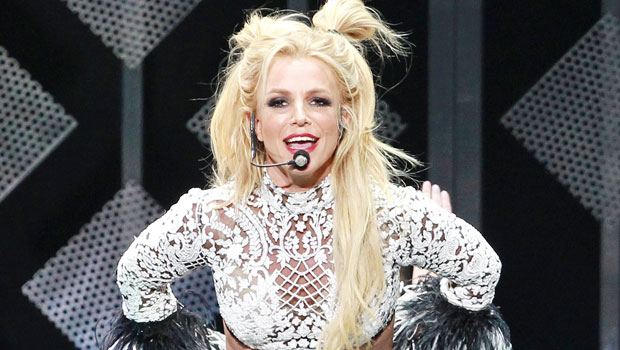 Britney Spears took to her dance studio again to show off her moves, rocking a yellow crop top and black short shorts to dance to a “funny” song.

Britney Spears, 40, is back in full form on Instagram, and ready to make you sweat just from watching her! In a new video posted on Mar. 20, Britney again rocked her go-to dancing look of a yellow floral crop top and tiny black shorts as she worked it out to an EDM dance track, exclaiming in her caption that she found the song “funny.”

In the energetic video, Britney was all smiles as she performed another one of her fearless and ferocious dance routines, this time rocking out to an infectious EDM track that seemed to be a remix of Bo Burnham‘s “All Eyes On Me.” As Britney shook her hips, flexed her arms and showed off her incredibly toned core, she also took to her caption to express her excitement about finding a new song to obsess over. “This song is really funny … have no idea who sings it but I like dancing to it !!!!,” Britney wrote, even including an emoji of three musical notes to hit the point home.

Ever since Britney left her conservatorship behind and began living her truth on Instagram, her passion for dance has been central to her social media presence. Regularly sharing videos of her performing in the same studio, Britney always looks happy and free as she twirls about, and always finds support from her legions of dedicated fans in the comments. “Express yourself, baby,” one fan supportively commented, while another sweetly shared, “I love seeing you so happy, BSPS.”

Britney made a surging return to Instagram on Friday after briefly deleting her account and leaving her nearly 40 million followers confused. Posting a series of photos of herself rocking a sheer mini skirt and a velvet crop top, Britney continued with her regularly scheduled programming as if she’d never been gone, only leaving fans with a caption describing the outfit as her “clueless look.” Although Britney’s mysterious boomerang act may have left fans uncertain what happened behind the scenes, no one could argue Britney absolutely glowed in the new photos, the puffed sleeves of her top looking almost like angel wings and her sweet smile shining for all to see.