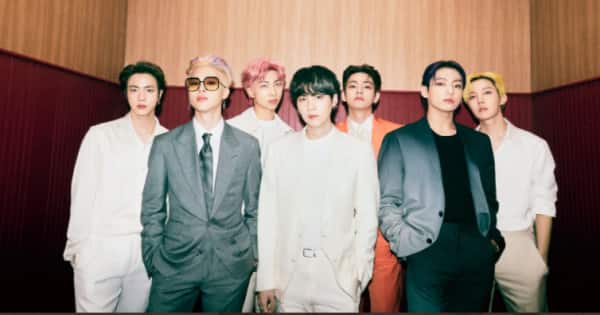 BTS is gaining a huge fan following in India. The craze of the Korean band comprising of RM, SUGA, Jimin, Jin, Jungkook, J-Hope and V is growing and how. BTS which is from South Korea is dominating the music scene with its chartbuster tunes, catchy choreography and cutting-edge music production. BTS’ Butter has been one of the biggest hits of 2021. The song is dominating the charts and how. It was on the Billboard Hot 100 for more than 10 weeks, which is staggering. Songs like Dynamite and Butter have increased the fan following of BTS. Check out this video of a five-year-old girl singing Butter in Chandigarh and mentioning her BTS bias… Also Read – BTS V aka Kim Taehyung becomes a muse for Korean painter; ARMY says ‘he is everyone’s fantasy’ – view tweets

The little girl also says that her fave Bhaiyya is Jin. Isn’t that super cute? With some help from the older girl, she correctly mentions the name of all the band members. Some days back, we showed you how Jungkook was used in the ad hoarding of Sonipat in Haryana by some English coaching class. BTS is on a break now. The band is slated to make a return to the scene for the Grammys, a concert in Seoul and comeback album. On Insta, we can see reels of kids showering love on BTS. Yes, baby ARMY is on the rise and how. Also Read – BTS: RM, Jimin, Suga and others showing their moves on viral Kacha Badam will help you beat Monday blues – watch

This time, the birthdays of Jungkook, V and Jin were celebrated in India with pomp and fervor. Fans put up LED ads in cities like Mumbai, Kolkata and Delhi. There is also a campaign to make Butter win at the I Heart Radio awards. Butter, which is a summer pop track was loved by millions. The dance break of J-Hope in the song is a highlight. Jungkook, RM, SUGA and V have teased ARMY that they’re working hard in a studio. The comeback album is something fans are waiting eagerly for! Also Read – BTS: Jungkook loves getting inked and ARMY finds it HOT – check the meaning of some of his tattoos