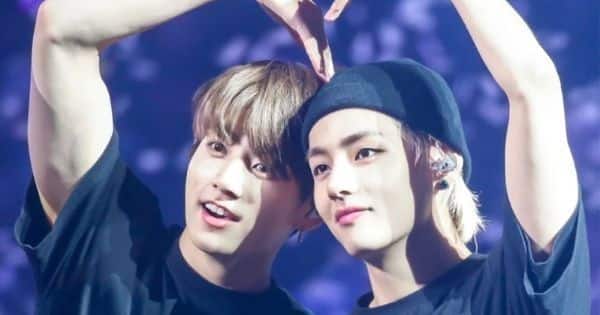 BTS recently rocked the global music stage, literally and metaphorically, with their Permission to Dance on Stage Concert at Seoul, which was also streamed live inside people’s homes as also in sold-out theatres and other arenas across the world, once again leaving no doubt that the K-Pop band is by far not only one of the most popular music groups in today’s time, but also among the most iconic of all time, with Jin, J-Hope, Jimin, Jungkook, V, Suga and RM (those are the BTS members for the uninitiated) enjoying fame, fans and impact that cuts across every ethnic, cultural and geographical demographic known to us. Also Read – BTS: ARMY uses cheesy pick-up lines on V and Jungkook; here’s how they responded

Now, one of the reasons BTS is so popular with ARMY (that’s what BTS fans the world over refer to themselves as) is because they give their fans exactly what they crave for (of course within sane limits) and intermittently indulge their every little request. On that note, Jungkook, the youngest member for the septet, recently partook in an Insta live session with his fans, answering several queries, some of which fulfilled all our curiosity about certain topics while others were downright hilarious. Also Read – BTS: RM aka Kim Namjoon apologises to his dad and the reason is COVID-19 – deets inside

One user asked, “Tell us why Jungkookie changed his ID,” to which Jungkook replied, “Because it was too long…” When another fan suggested he have a boxing match with fellow BTS member V aka Kim Taehyung, Jungkook responded, “He’s no match for me.” One person mistook him from Suga and requested, “Yoongi-yah (Suga), please marry me,” which promptly drew his response, “Hello, I’m Yoongi?” Yet another fan quizzed if the singer-songwriter will soon dye his hair, and pat came his reply, “I don’t have any plans yet.” Also Read – BTS: Jin injures left index finger, undergoes surgery; ARMYs flood social media with Get Well Soon messages – Read Tweets

As always, BTS members giving it back to their fans.