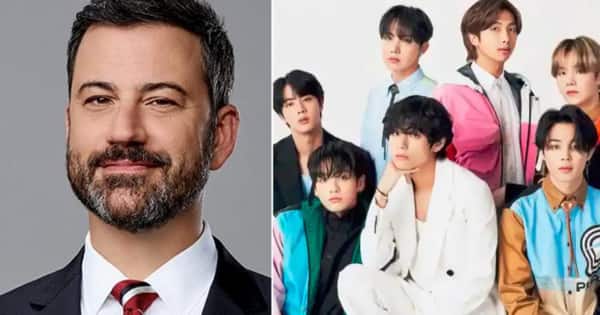 TV show host Jimmy Kimmel had recently irked BTS’ fans as he compared the boy band to Coronavirus. Once again he has come under the scanner as he made remarks on boy bands. During his latest episode of talk show, Jimmel Kimmel once again made remarks on boy bands. He was talking about different variants of the virus and he compared them to bands from various eras. He said, “You know, these variants, all the different variants, remind me of the boy bands in the late 90s and the early 2000s. You know, you had the big ones, like Backstreet Boys, NSYNC, and then that mutated into O-Town and 98 Degrees. And we had the Jonas Brothers popped up, Big Time Rush. They kept splitting off in different directions, eventually One Direction. And they took pieces, and it popped up all over the world, until eventually we get to one that’s so contagious it destroys all life on earth.” BTS fans known as ARMY were quick enough to conclude that he has talking about BTS in the end. ARMY then started trending #JimmyKimmelRacist on Twitter. Also Read – Hollywood New weekly rewind: Priyanka Chopra-Nick Jonas’ daughter’s pic, Pink Sweat$ asks for a collab with BTS and more

Jimmy Kimmel has been a repeat offender with his racism and microaggression. It has been continuing for years because no one is calling him out. Last week, Billboard put the blame on Ashley for his racist remark against BTS. Now this twitter description?#JimmyKimmelRacist pic.twitter.com/jKzO2qRhXW

all the boys did is saving life through music, and you think it’s funny to make this horrendous joke about them? twice in a row. intentional and unprovoked racism on national tv. he isn’t being ignorant, he’s deliberately being hateful, racist, and xenophobic.#JimmyKimmelRacist https://t.co/TSjVZkEnpH