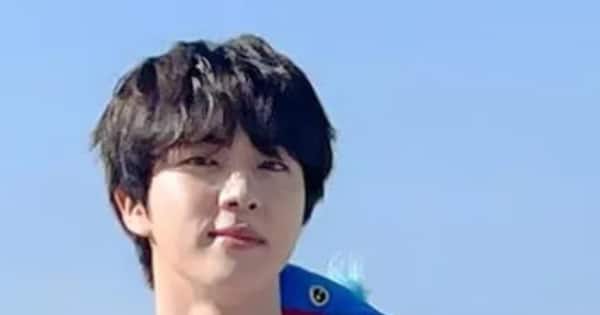 BTS member Kim Seok-jin recently embarked on a new journey as an uncle to his newborn nephew named Kim Sun. Kim Seok-Jung and his wife Kim Ahreum had shared a picture of their baby’s feet to share the news with fans on social media. Kim Seok-Jung had said that they will reveal their baby’s face when the time is right. But Jin’s sister-in-law accidentally shared a few pictures of her newborn on social media. Also Read – The Godfather turns 50, The Offer trailer impresses fans, BTS’ J-Hope may miss Grammys performance and more Trending Hollywood News Today

Though she was quick to delete it but some of the elated fans couldn’t help but share the images on their respective accounts. She has now urged the BTS ARMY to remove the pictures of her newborn from social media handles. “Please delete the baby s pictures which i posted by mistake so please delete them. Please delete them from twitter..” read her message on Twitter. Also Read – BTS: J-Hope aka Jung Hoseok tests positive for COVID-19; will he miss out on the Grammys performance?

The BTS ARMY took cognizance of the gaffe and urged their followers to respect the couple’s privacy. One of the BTS fan wrote on Twitter, “Jin’s sister in law accidently posted pictures and videos of new born baby, but she already deleted them and asked for those who reposted to delete them as well! Pls delete your posts with the exposed face of baby es! Let’s respect their privacy! I’m glad I didn’t posted those, I kinda felt smth was wrong and she might posted them by mistake!” Also Read – BTS: An ARMY imagines how the boys would react on flirtatious messages and it’s hilariously on point

It is being said that when the new parents wanted a nickname for their newborn child, Jin apparently suggested Butter for his little nephew. The BTS member got the news of the baby’s birth just after the Permission To Dance concert in Seoul.