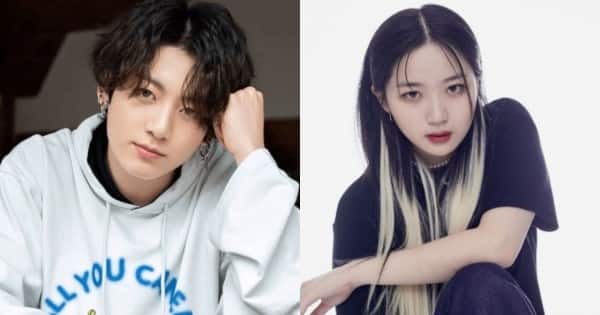 Street Girls Fighter is currently all the rage and people are loving them. BTS member Jungkook is an inspiration for many people out there. He has left everyone amazed with his talents. Recently, Jo Nain, Team Leader of TURNS who had won the Street Dance Girls Fighter of 2021 took to her Instagram story and had asked about recommendations for her YouTube channel name. She received several suggestions from everyone. She revealed that she even revealed a suggestion from Jungkook that ‘Have A good nain’ would be a good name and this left her surprised. Nain posted a screenshot of Jungkook’s story and shared it along with an exciting emoji. Also Read – BTS: 6 shirtless edits of RM, V, Suga, Jimin, J-Hope and Jin that will leave you gasping – see pics

During her interview, Jo Nain revealed that she is a huge fan of BTS for six years now and she loves Jungkook the most. She said, ‘I was his fan for six years since I was in elementary school. I have all of their albums at home. And he’s the one to whom I dedicated all of my girlhood time. He also gave me influence when I first began dancing too. It was when BTS released I NEED U & I got more into dancing as I learned the choreography in the practice video. I covered Jungkook-nim’s part.’ She said that Jungkook has a significant influence on her. Jo Nain had started dancing after seeing Jungkook in ‘I Need You’ and copied the choreography. She even said ‘I love you, Jungkook’ while she shared her stories on her Instagram. Also Read – BTS reacts to Shah Rukh Khan-Deepika Padukone’s India Wale song from Happy New Year; fans shower them with love

In an interview, Jo Nain had revealed that she became the incredible dancer she is today due to BTS. BTS members have often showcased their love and support for the crews through Instagram and Weverse stories. Also Read – BTS: From Park Seo Joon to Park Hyung-Sik, Kim Taehyung’s set of celeb friends are as hot as him — view pics