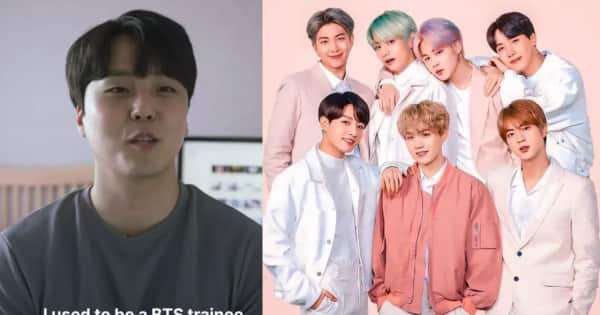 Kim Ji-Hun is now a government employee working at the Korean veteran’s health service. He is leading a quiet life and also has his own YouTube channel. He is known as Bitoon on Youtube. In his interview with Vice Asia, Kim Ji-Hun revealed that he misses the boys the most and also spending time with them. Ji-hun had also joined as a trainee for BTS. He said that he was really surprised with the name that they were planning to debut with Bulletproof Boys Scouts or Bangtan Sonyeodan. Back when they were trainees, he shared, he never thought that BTS would be successful. Ji-hun praised how they have fans across all the age-group. He revealed that there were more than 20 trainees back then. Also Read – BTS: Kim Taehyung aka V prequel cartoon versions leave ARMY swooning; fans wonder how can an anime make them drool

Ji-hun revealed that he would share the same room in the dorm with the rest of the boys. He revealed that there were bunk beds shared by Namjoon (bottom bunk) and Suga (top bunk) and J-Hope (bottom bunk) and him (top bunk). The three youngsters – Jimin, Taehyung and Jungkook – would sleep on the floor. After he was cut from the group, Ji-hun shared, he had a breakdown and his mother collapsed from the stress. Ji-hun would earlier tell everyone that he would train with BTS. However, now, he refrains as they are quite famous. Ji-hun wants to reunite for a party with all the trainees and reminisces the good old days. Also Read – BTS: J-Hope’s family gets love from ARMY after his sister Jiwoo shares emotional ordeal of the time their pet Mickey lost his vision