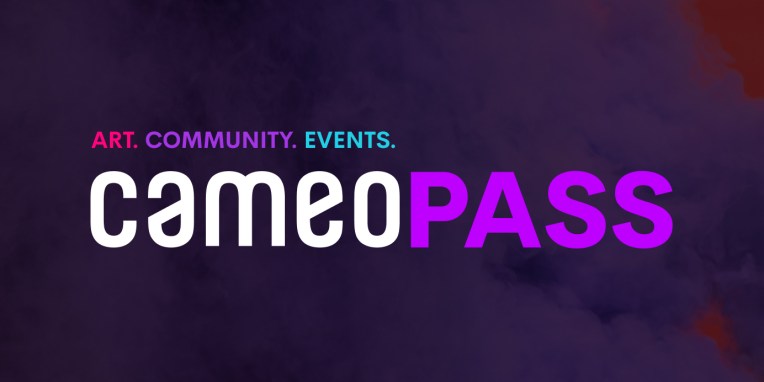 From Lamborghini to Twitter, everyone and their mother is dipping their toes into the tempting, chilly waters of web3, to varying degrees of success. Now, Cameo’s joining the club.

Today, personalized video app Cameo announced Cameo Pass, an NFT-based community “of Cameo talent and fans along with web3 enthusiasts,” the company says. Starting on February 17th, fans can mint a Cameo Pass for 0.2 ETH — about $550 at the time of publication — which provides access to limited release artworks, exclusive in-person and virtual events and early access to new Cameo features. The collection of NFTs will be hosted on OpenSea, featuring art by Burnt Toast of the Doodles collection, Vinnie Hager of the Letters collection and artist Luke McGarry, who sells personalized artwork through his Cameo.

Cameo said in an email that Cameo Pass owners will gain “exclusive access to celebrity Q&As, meet and greets, launch parties at our Cameo House in Beverly Hills, and more.” But when TechCrunch asked about which celebrities on Cameo were involved in the project, the company did not provide any names.

“With Web3 rising as one of the most significant and promising trends in celebrity, athlete and creator interactions and monetization, Cameo is exploring how it can be used to further our mission for fans and talent,” the company said via email. “We will continue to test new ways to provide value for both fans and talent on Cameo. Proceeds from the NFT launch will be invested back into the growth and engagement of the community and exploration of further web3 projects focused on fan/talent interactions.”

Some membership-based NFT collections have been criticized for not actually being all that exclusive — plus, even OpenSea, a marketplace worth $13.3 billion, can fall victim to theft and vulnerabilities. OpenSea also recently revealed that more than 80% of NFTs created for free on its platform are fraudulent or spam. As a result, OpenSea instituted a limit on how many times a user can mint NFTs with its tools at no cost.

“We take the security of our platform seriously and are working with reputable partners such as OpenSea to ensure that the policies that are in place can protect our community and prevent theft in the wider ecosystem. We’ve conducted a thorough security audit of our smart contracts, both internally and with third-party auditors, and we plan on providing educational resources for our users to protect their assets and ensure they have a secure experience,” Cameo told TechCrunch.

Some creator platforms like YouTube and Patreon have flirted with the idea of NFTs, but Cameo is forging ahead with its plans. But the company — and potential consumers — have to make a bet that this paywalled community is something that fans really want to join. Then again, if people are willing to spend $699 on a personalized video message from Tom Felton, then maybe they’re willing to shell out about $550 to join a not-yet-existent community.