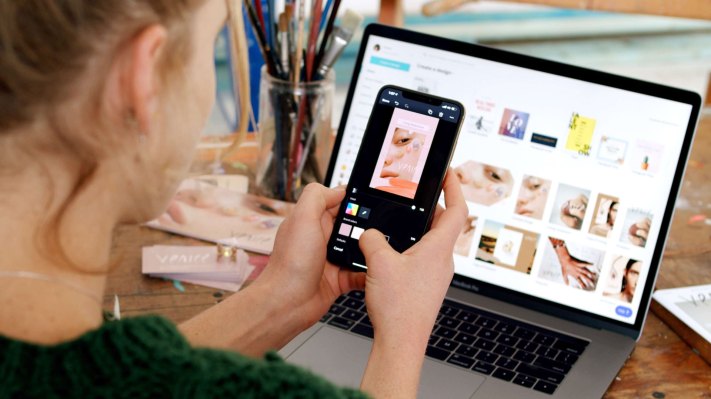 Canva on Wednesday said it closed on its acquisition of Flourish, a London-based data visualization startup. Financial terms of the deal were not disclosed.

The acquisition comes as the visual communications company reached over 75 million monthly active users, up over 30 million in the past 12 months.

Flourish, founded in 2016 by Duncan Clark and Robin Houston, provides data visualization tools so that companies, like BBC, Sky, Deloitte and Moody’s, can turn data points into easily digestible charts, graphs and visuals. The company, which brings over 800,000 customers into the Canva fold, raised about $1 million in venture capital, according to Crunchbase.

Cliff Obrecht, co-founder and COO of Canva, told TechCrunch that all of Flourish’s 44 employees would be joining the company.

Sydney-based Canva was started in 2013 and has raised over $570 million in venture capital funding over the years, most recently a $200 million venture round last September that valued the company at $40 billion. The new acquisition was not part of the venture round dollars — Obrecht said talks with Flourish began prior to the raise.

Customers will see products merge within the next month, which will make way for new features around connecting any data source and turning it into rich and engaging visuals. That includes some customer-led requests like taking a spreadsheet and being able to create a dynamic chart by picking templates, Obrecht said.

The Flourish acquisition follows two other acquisitions made in 2021, including Kaleido and Smartmockups. Though Canva is cash flow positive, Obrecht said of the most recent capital raise, “it is good to have a ‘war chest’ to grow through people, product and M&A.”

“We acquire companies to add to the core Canva experience — data storytelling — which has become a critical part of business communication to convene data in digestible ways,” he added. “Canva saw this as paramount and accelerated the deal with Flourish, which democratizes data storytelling, and combined with our visual storytelling, has real synergy.”