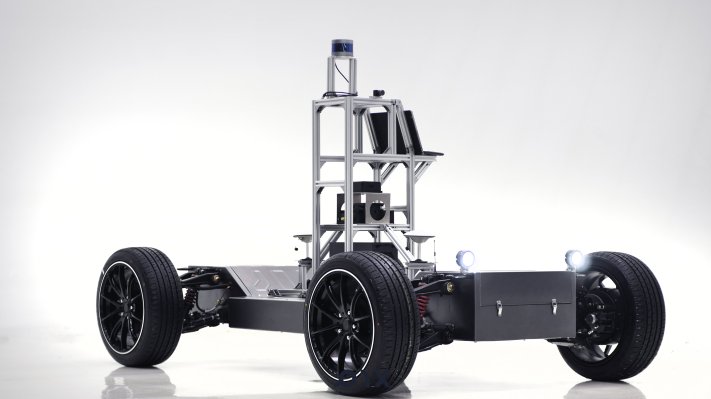 The autonomous driving industry in China has enjoyed a boom over the past two years, with both institutional and corporate investors pouring money into a driverless future. Companies thriving in the downstream, those offering robotaxi services, operating robo buses, or dispatching delivery bots, have been particularly popular with investors, raising hundreds of millions of dollars and reaching massive valuations.

The prospects of becoming cash-rich and a household name have lured some of their upstream suppliers to start building end solutions as well. One of these ambitious self-driving hardware suppliers is PIX Moving, a Chinese company specializing in automotive skateboards — a type of chassis that houses the batteries, drive units and other key components, and can be adapted to various kinds of self-driving scenarios because of its modular architecture — similar to what Canoo does.

The company was part of hardware accelerator HAX’s second batch when it started out by building drone solutions. Five years ago it drove into the automotive space and has since landed a handful of customers across China, Europe, North America and Australia. Some of the big names include Alibaba which uses its skateboard chassis, as well as Baidu and a Tier-1 German auto parts maker (can’t be named due to confidentiality agreement) which buys its ready-to-use robo vehicles.

PIX is no longer content with being a white-label supplier, so it recently started offering self-driving vehicles named after itself. Part of its new funding will go towards mass production for its own branded robo buses and skateboard chassis platforms, while the rest will be spent on ramping up production for its customers, overseas expansion, and hiring. It expects its production capacity to reach 1,200-2,500 vehicles this year.

PIX declined to disclose the name of its single investor in the latest funding round, saying only that it’s a major sanitation solution provider in China with over 10,000 pieces of equipment deployed nationwide. The investment is meant to create strategic synergies, so PIX and the investor will jointly develop service robots for “environmental operation scenarios,” which could mean anything from garbage pickup to street sweeping.

The company currently derives 30-40% of its revenues overseas but expects the ratio to reach 50% over the next two years. China might have been a proponent for autonomous driving technologies, but “complicated” traffic conditions in Chinese cities also makes mass deployment of driverless cars challenging, contended Lee.

PIX is curiously based in China’s southwest heartland, Guizhou Province, which is known for being a major hub for data centers like that of Apple’s. It also keeps R&D and business development teams in Beijing, Shanghai and Shenzhen. Outside China, it has two part-time employees working for sales and technical support in the US and is in the process of setting up a subsidiary in Germany to conduct manufacturing and R&D.