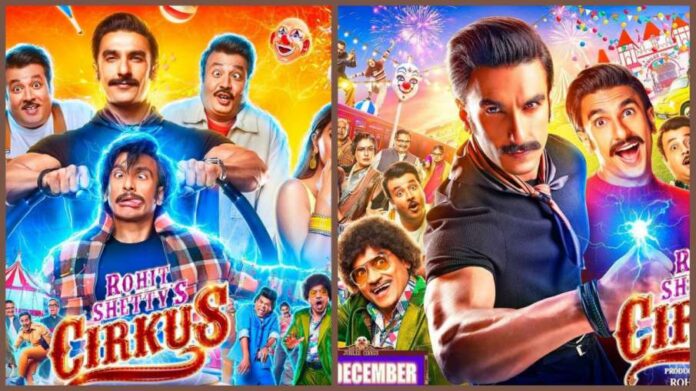 Circus Teaser out: The first glimpse of Ranveer Singh’s brilliant entertainment film ‘Circus’ has come in front of the fans today. Let us tell you that Pooja Hegde, Jacqueline Fernandez and many stars are seen with Ranveer in the film. The makers of Rohit Shetty’s upcoming film ‘Circus’ released the teaser on Monday. This is Ranveer Singh’s third collaboration with superstar Bollywood director Rohit Shetty after ‘Simmba’ and ‘Saryuvanshi’. The teaser features stars like Sanjay Mishra, Ashwini Kalsekar, Mukesh Tiwari, Marathi actor Siddharth Jadhav along with Jacqueline Fernandez, Pooja Hegde and Varun Sharma. Both Ranveer and Varun are seen playing double roles in the film.

The teaser not only announces the trailer release date (December 2) but also states that the film will release during Christmas this year. With a runtime of 48 seconds, the teaser is packed with entertainment. It makes past references to his films. It also hints that the film will be set in the 1960s.

Ranveer will be seen in these films

The film is important for Ranveer as his two previous films, ’83’ and ‘Jayeshbhai Jordaar’ didn’t do well at the box office. Ranveer also has Karan Johar-directed ‘Rocky Aur Rani Ki Prem Kahani’, in which he will share screen space with Dharmendra, ‘Gully Boy’ co-stars Alia Bhatt, Jaya Bachchan and Shabana Azmi.