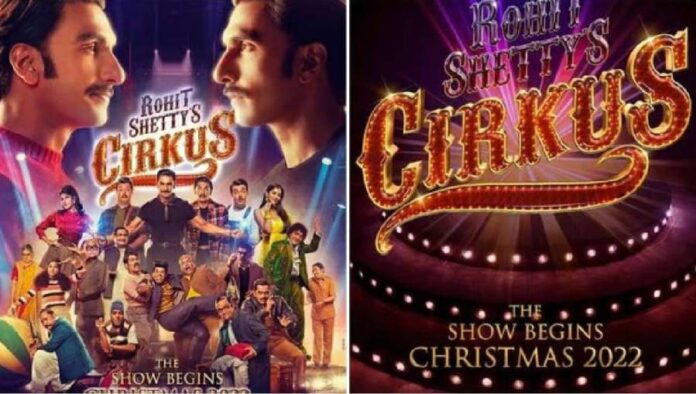 Circus Motion Poster: Bollywood commercial king Rohit Shetty is in his habit of making action or comedy perfect. This is the reason why people eagerly wait for his movies. Once again Rohit is ready to enthrall his audience. He is coming with Ranveer Singh starrer film ‘Circus’, whose motion poster he has presented in front of the audience today. This poster is telling that the cinema hall is going to echo with laughter.

Ranveer, Jacqueline all have funny style

Another good news has also been given to the audience with this motion poster. Releasing this poster, Rohit Shetty has informed in the caption that after a week the trailer of ‘Circus’ will also be released. Hearing this news, people are showing their curiosity about it in the comment box.

Story taken from the movie ‘Angoor’

Let us tell you that the story of the film ‘Circus’ is taken from the 1982 film ‘Angoor’ by Sanjeev Kumar and Deven Verma. The film is based on Shakespeare’s play ‘The Comedy of Errors’. It is remembered as one of the biggest comedy films of the 80s in which two lead actors played double roles. Significantly, Deepika Padukone and Ajay Devgan will also be in guest appearances in the film ‘Circus’.

Till Trailer: Will mother’s love be able to win over centuries-old color discrimination? Story of the fight for justice for the son

Will release on Christmas

The film ‘Circus’ will hit the theaters on Christmas week. It is scheduled to release on 23 December 2022, just two days before Christmas. According to the information, both Ranveer Singh and Varun Sharma will be seen in double roles in this film.