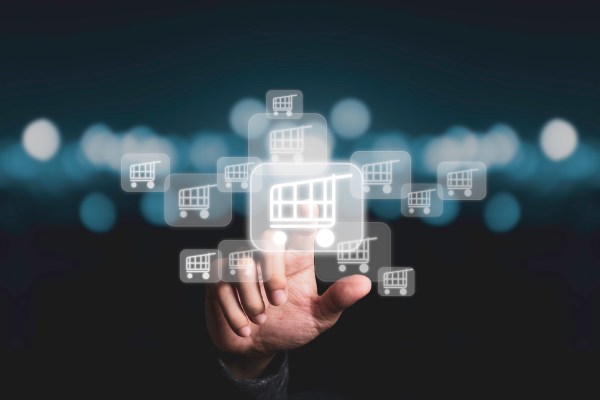 When much of the shopping shifted online during the global pandemic, startups developing software and other products to aid the transition began to garner attention from venture capital firms.

We’ve seen companies across the e-commerce infrastructure and enablement ecosystem pick up larger and larger rounds, and CommerceIQ is the latest to secure late-stage financing. The CEO is Guru Hariharan, who you might remember from retail analytics company Boomerang Commerce, a Startup Battlefield finalist in 2014. He exited the company to Lowe’s in 2019.

Hariharan’s background is in machine learning and e-commerce, and while working at Amazon, he said the goal was to take humans out of the equation in retail, and so his team built software, called Amazon Selling Coach, on how to interact with the brands.

As people started to shift their purchases of items, from tools to toothpaste, to Amazon and other marketplaces, Hariharan wanted to start a company that would power where all of that money was going.

“If you look at the entire retail situation — buying products from a brand, the buy and sell sides need to be balanced,” Hariharan said. “I left to start the company to focus on building the sell side of the equation for brands to sell and interface with retailers on the buy side.”

CommerceIQ’s retail e-commerce management tools automate and unify aspects, like category analytics and management of retail media, sales and operations, under one roof for brands. Customers can expect 18% growth in sales on average, he added.

The Bay Area-based company is now working with over 2,200 brands, like Johnson & Johnson, Kellogg’s, Kimberly Clark and Bayer, that are managing incremental sales, category market share and unit profitability through online retailers, including Amazon, Walmart, Target and Instacart.

CommerceIQ closed on $115 million in Series D funding, boosting the company’s valuation to over $1 billion. The latest capital infusion comes less than a year from a $60 million Series C round that happened in June 2021. It also gives CommerceIQ $175 million in total funding secured in the past 12 months and $196 million to date.

The funding round was led by SoftBank Vision Fund 2 and includes participation from existing investors, including Insight Partners,Trinity Ventures, Shasta Ventures and Madrona Venture Group.

As part of the investment, Priya Saiprasad, partner at SoftBank Investment Advisers, is joining CommerceIQ’s board of directors.

“E-commerce penetration has risen at an unprecedented rate, and online channels are a strategic priority for large brands,” she said. “Traditional brick-and-mortar strategy doesn’t transfer over to e-commerce, but the old way with spreadsheets and human-driven operations don’t scale. CommerceIQ is the leading channel optimization platform enabling the largest brands to win in retail.”

In addition to the opportunity to work with Saiprasad, Hariharan said the driver for going after new funding — especially when its seed fund is still firmly in the bank — was seeing the $4.5 trillion retail industry at a massive inflection point. That included $1 trillion flowing via e-commerce and the industry as a whole advancing five years in a matter of 12 months during the global pandemic.

That’s why he believes now is the time to accelerate CommerceIQ. The company closed out 2021 with 106% year-over-year revenue growth, 113% growth in customers served and a 100% boost in employees globally.

The new funding will enable CommerceIQ to accelerate its R&D and M&A activities, which Hariharan said will focus on potential opportunities to go deeper and broader into the vertical SaaS and also look at expansion into the Europe and Asia Pacific regions.

“We are being more opportunistic and throwing fuel on the fire, but we are raising to throw fuel on a fire that is already burning nicely,” he added.

Talia Goldberg, a partner at Bessemer Ventures, told me that “it’s a great time to be in an e-commerce enablement business given the tailwinds and adoption.”

“One of the reasons it is an attractive space to invest in is that people pay attention to the power of the business performance and growth, but also it is just a huge market,” she added. “There is a lot of opportunity to go around, and for some businesses, there will not be a winner take all, but a number of leading companies that will carve up the market in different ways.”

London & Partners and Dealroom.co reported this month that $51 billion of venture capital was invested into U.S. digital shopping companies in 2021, up from $23 billion in 2020. Globally, that was $140 billion last year compared with $68 billion the year prior. It’s certainly not slowed down. Here are just a few we’ve seen just this month:

“Incumbents are over 20 years old and built on aging infrastructure created before the smartphone and social media,” he added. “Over the next decade, we will have connected commerce and other tools to share your catalog everywhere buyers are.”