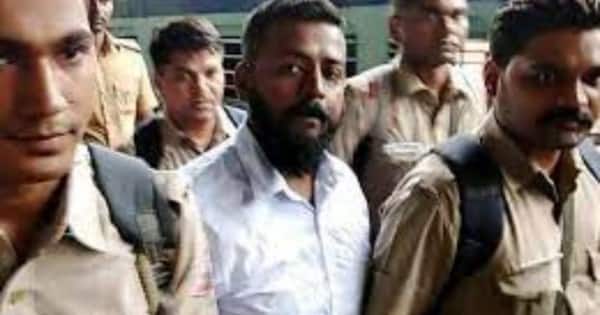 High-profile conman Sukesh Chandrasekhar has been recently shifted to another jail in Tihar after he tried to bribe prison staffers. Sandeep Goel, DG (Tihar) was quoted saying that Chandrashekhar has been shifted to jail number four. “We received information that the inmate tried to bribe one of the staff of jail number four where he was lodged,” he said. After the investigation, it has been revealed that Rs. 1.25 lakh was allegedly transferred by him into the bank account of another inmate’s brother. “He did not send the money directly to the source. Instead of that, he transferred the money to an inmate’s brother’s account. We are probing the money trail,” the officer said. “We are getting an inquiry conducted and have transferred three staff from the jail. Lodgment of inmate Sukesh has also been changed to another jail,” Goel confirmed to Times Now. Also Read – Jacqueline Fernandez loses Nagarjuna Akkineni’s The Ghost due to Sukesh Chandrashekhar controversy? Here’s the truth

Delhi | Probe ordered against 3 Tihar jail officials (Jail 4) for allegedly receiving money from conman Sukesh Chandrashekhar. One of the officials allegedly took Rs 1.25 lakhs from him. Sukesh has now been shifted to another jail; jail officials also transferred:Prison officials

In November 2021, the Delhi Police had told a court in a charge sheet that Sukesh was using certain mobile phone applications to spoof the landline numbers of government authorities for extorting money from inside Rohini jail. The allegations were made in a charge sheet filed against Chandrashekhar and his wife and actor Leena Maria Paul in the case for allegedly duping the wife of the former Ranbaxy promoter Shivinder Singh of ₹ 200 crores. Also Read – Jacqueline Fernandez suffers another blow; loses role in Nagarjuna’s The Ghost due to her connection with conman Sukesh Chandrashekhar?

“The mobile screen of unsuspecting users will show the number of landlines of government offices and names of some higher government authorities through the true-caller mobile application,” the charge sheet filed before the court said. Also Read – Jacqueline Fernandez takes to spirituality after her leaked pics with Sukesh Chandrashekhar go viral