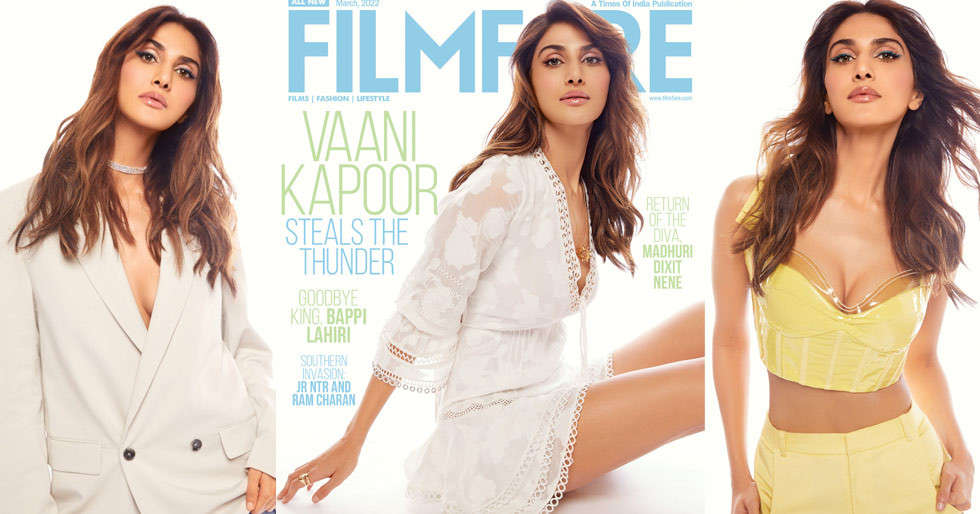 There is a scene in Chandigarh Kare Aashiqui where Vaani Kapoor’s character, Maanvi, decides to go on a dating app. Her fingers tremble slightly as she is asked to fill her gender. The camera pans and you see Vaani Kapoor’s face, the trembling lips, the unsure eyes, the sorrow in those eyes…It isn’t something grand that makes Vaani Kapoor’s Maanvi stand out. Maanvi steals your heart solely through these subtle gestures. And, perhaps, that is the mark of a good actress. To be able to tell a story like that of Maanvi’s without resorting to some booming background score or emotional dialogue. Few expected such a fine performance from Vaani Kapoor. She made her debut in 2013 and in these 10 years, she’s done six movies. Her debut film, Shuddh Desi Romance earned her the Best Debut (Female) award at the Filmfare Awards but she went on to star in Befikre which didn’t perform well and in movies like War and Bell Bottom where her skill set was woefully underused. With Chandigarh Kare Aashiqui, Vaani has clearly shown that she is not just another pretty face and here’s hoping filmmakers take note.

As a member of the LQBTQ+ community, when I saw the trailer for Chandigarh Kare Aashiqui, I was worried if it would treat the community sensitively. I never thought a film like this would be possible…

I am so happy it resonated with you. Thank you for watching and thank you for acknowledging it
and loving it.

It’s said that members of the community were apprehensive about how they would be portrayed in the film? And afterwards, they were glad the film got made.

Yeah, a lot of people actually told me that. It was my biggest validation. I don’t belong to the community so you want to do them right. You don’t want to misrepresent anything. Sometimes you can go wrong even if your intentions are right. We were just hoping and keeping our fingers crossed that it doesn’t do them injustice in any way. And I’m happy that today I’m talking to you and I’ve talked to other people. And they felt that it didn’t do injustice to the community, it didn’t disrespect them in any way. That’s a big deal.

How relieved did you feel after seeing the reviews after the film’s release?

I was grateful. I won’t deny the fact that it was a huge sigh of relief. I wouldn’t probably have said yes if it weren’t for a filmmaker like Gattu (Abhishek Kapoor) who I knew had the right aesthetics to present this. Everything matters, from my co-actors to my filmmakers. They should possess the right sensibility for such a subject. Thankfully, we were all on the same page mentally. So, that gives you some comfort. Maanvi’s treatment in the movie really mattered. I don’t think that a character like her has been depicted before on screen. I give the credit to my director for making her the way she is. 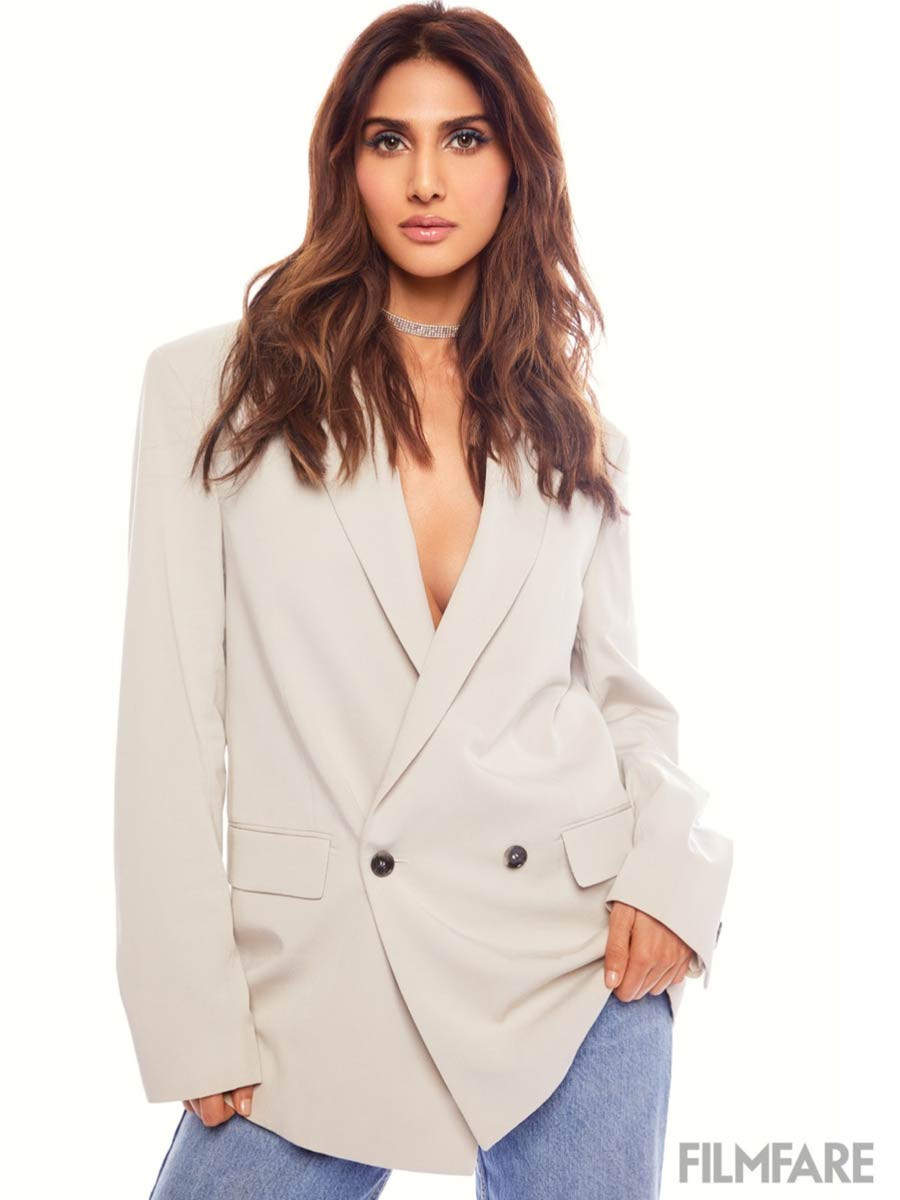 Why wasn’t a trans woman cast the role?

See, I cannot be the decision-maker of who gets cast or not, that completely depends on the makers. This film is a conversation starter. Especially for people who aren’t aware of the LGBTQ community per se. I really hope in the future there can be many more films, different storylines, different narratives on the same subject, where trans people get to play these parts. And not just this, I hope someday, a trans girl should be able to play a cis girl’s part.

When you are an actor, you don’t make decisions in isolation. There are so many people involved. So, when you took that decision to play a trans girl, what was the reaction and how did you face them?

I make my own decisions when I am doing a film. I don’t go around looking for any validation from the outside. Yes, some people can guide me when I am confused. But I genuinely wasn’t confused with this one. When I read the script, I truly felt it was mind-blowing. And I called up Gattu and figured out what the treatment of Maanvi would be like. Talking to him cleared my head and then I just went ahead with my gut feeling. 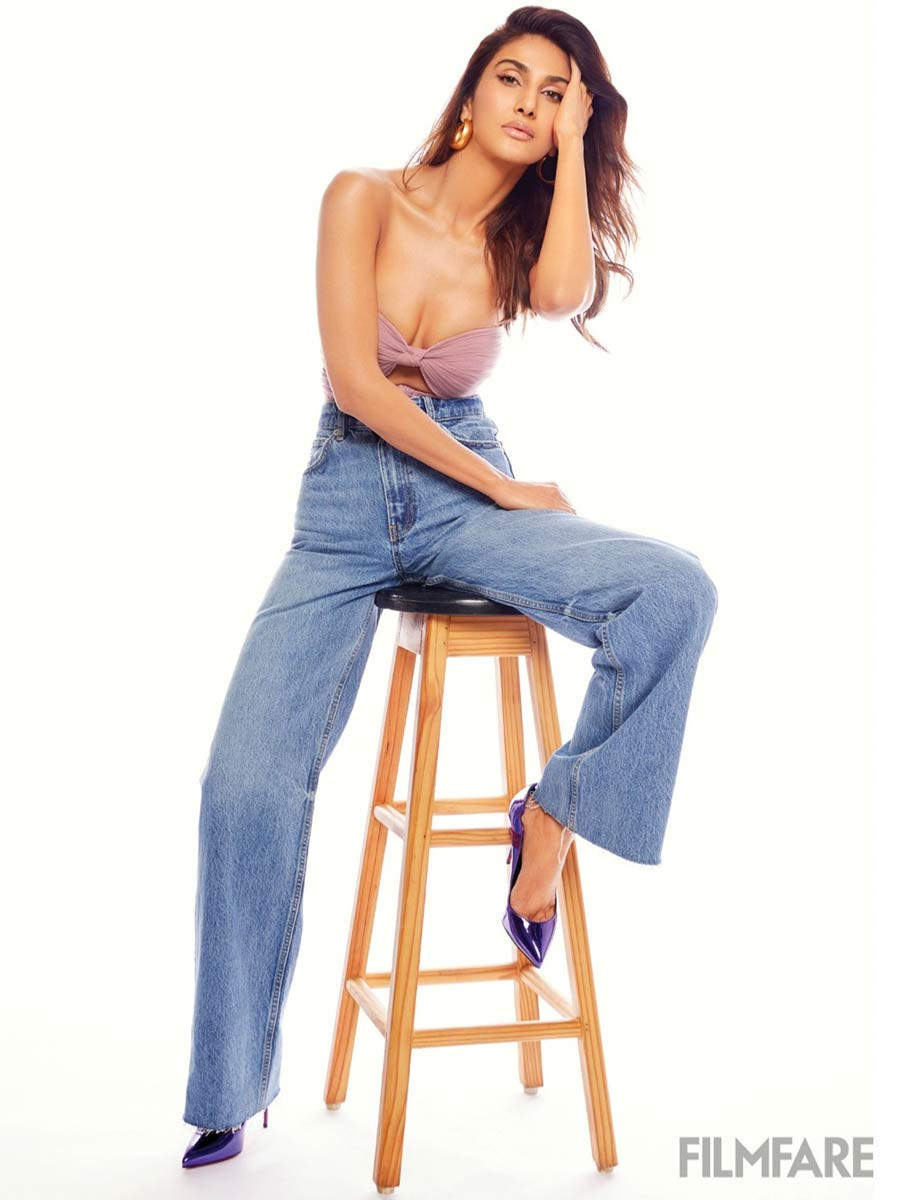 You made a fantastic debut and even won the Filmfare award for the Best Debut Actor (Female) for Shuddh Desi Romance. But since then, you have been extremely selective with your projects.

There is no right or wrong over here. Whatever instinctively feels right, one follows that path. This just felt more comfortable and honest to me and feels truer to who I am. Do less work but good work and be a part of good cinema. And that’s what my intention has been. I can also only pick from the handful of offers that come my way. And I tried to be honest to what felt right to me. There has been no calculation. Whatever felt right to me I went ahead with that.

Has there ever been a sense of frustration that I am just not getting the right script or I am getting the same script from different people?

I’m also human at the end of the day. You do have low days and you do feel restless and you do question why isn’t it coming to me. I guess I can either whine and mull over it or look at the brighter side and be grateful for the things that have worked in my favour. Do I hope that I had more projects like these? Yes, of course. Better late than never, right? 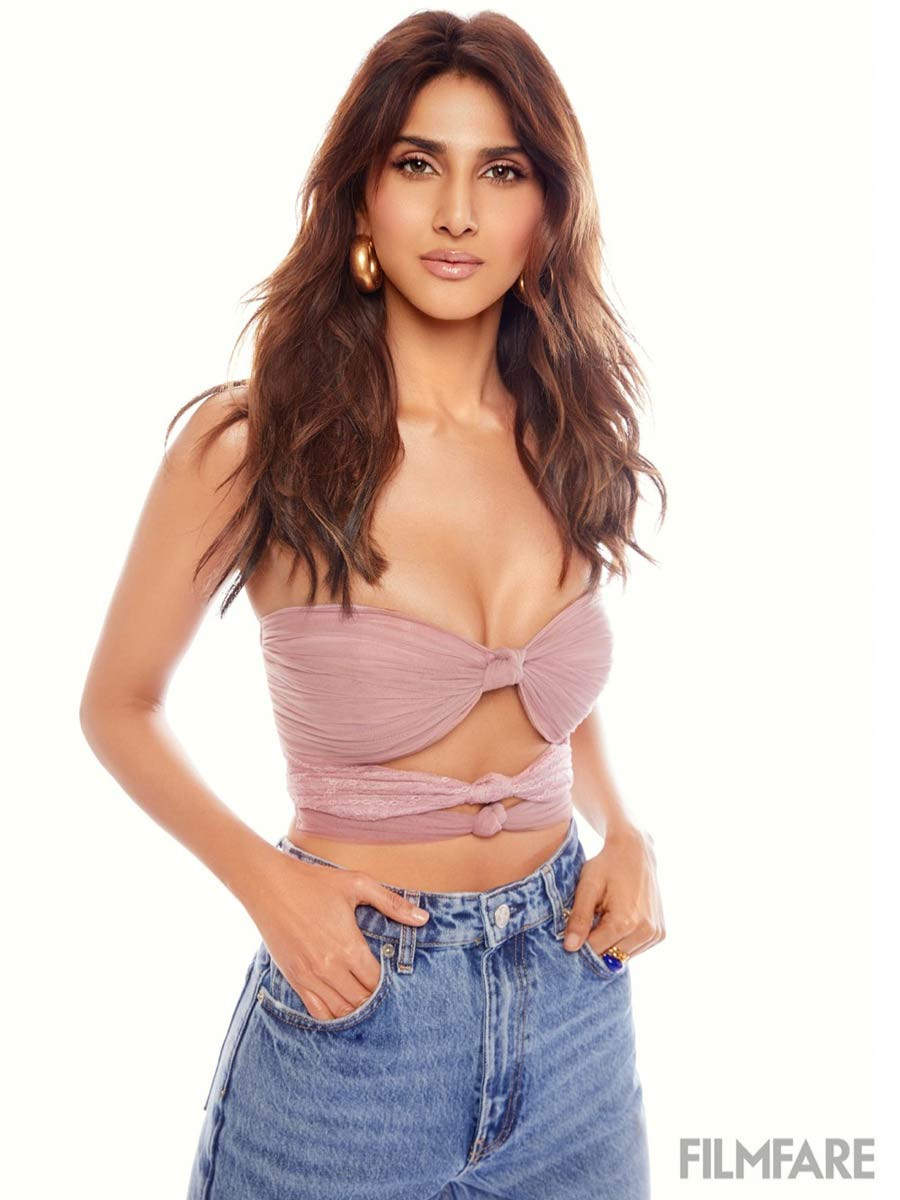 I don’t know, I mean I hope they don’t feel that way at least anymore because in Shuddh Desi Romance I was playing a small-town girl and I was getting those kinds of roles. At the end of the day, you are an actress and you should be able to pull off just about anything. I would love to challenge myself, I would love to do things I haven’t done before. After Befikre, which was uber cool and set in Paris, I started getting roles where I had to play an urban character. I think with every movie, people decide differently. But I am hoping that after Chandigarh…people will have more faith in my versatility.

How has the response been from the industry?

It was in a good way and I am just very happy that people have kind of given that respect to the film and me as an actor. So it does feel nice. I am just hoping that that can materialise into films and projects. 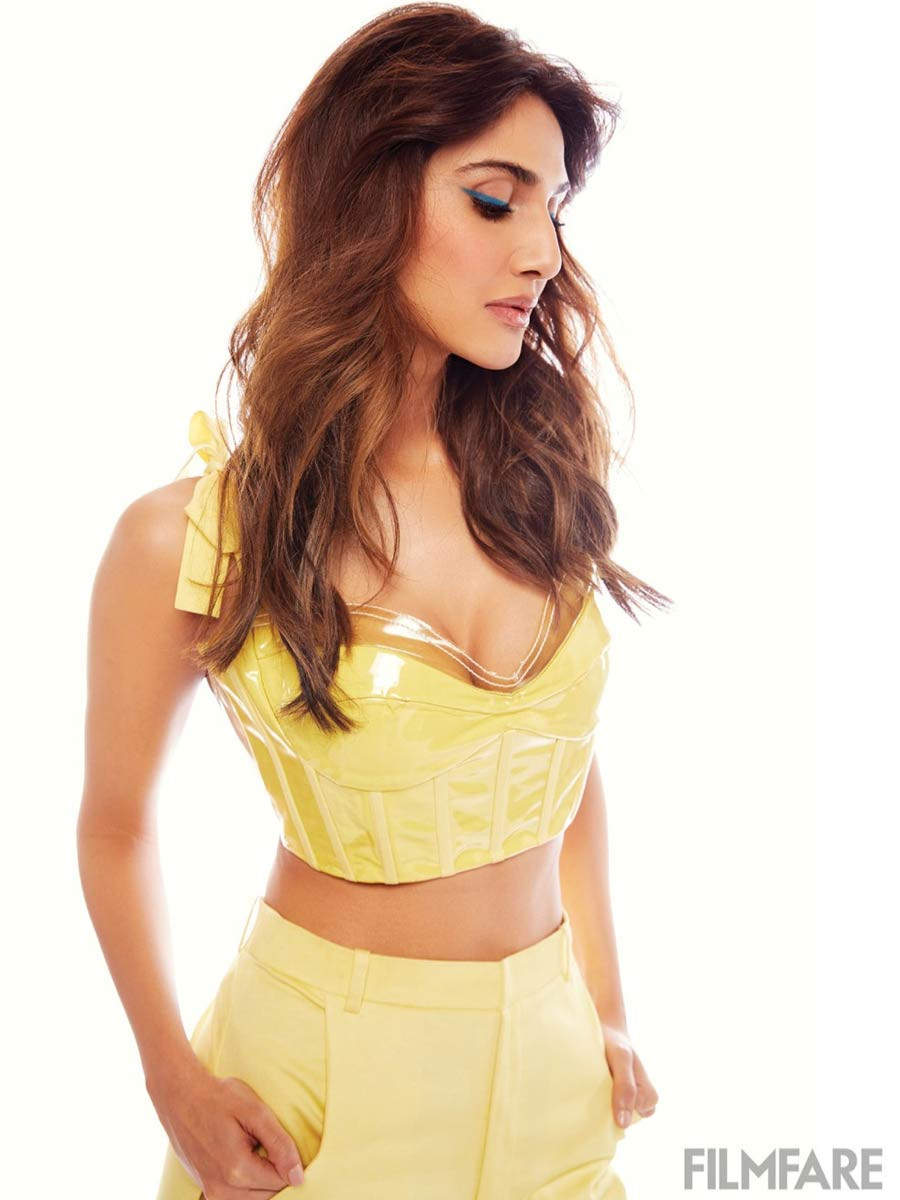 What’s your favourite feedback that you received from someone in the industry?

They all have been kind and generous with feedback. I don’t know whom to quote but someone like Hrithik Roshan went all the way. He posted stories and he called us all up and he was pleased with the film. And he is someone who’s honest and if he doesn’t like something, he will say it. There were many filmmakers who I looked up to and they commented on the film and texted me and said lovely things. I am happy that it made Anurag Kashyap cry in the second half of the film. I told him that I am happy that you cried because that means you connected with the film. The most significant validation came from the community itself. 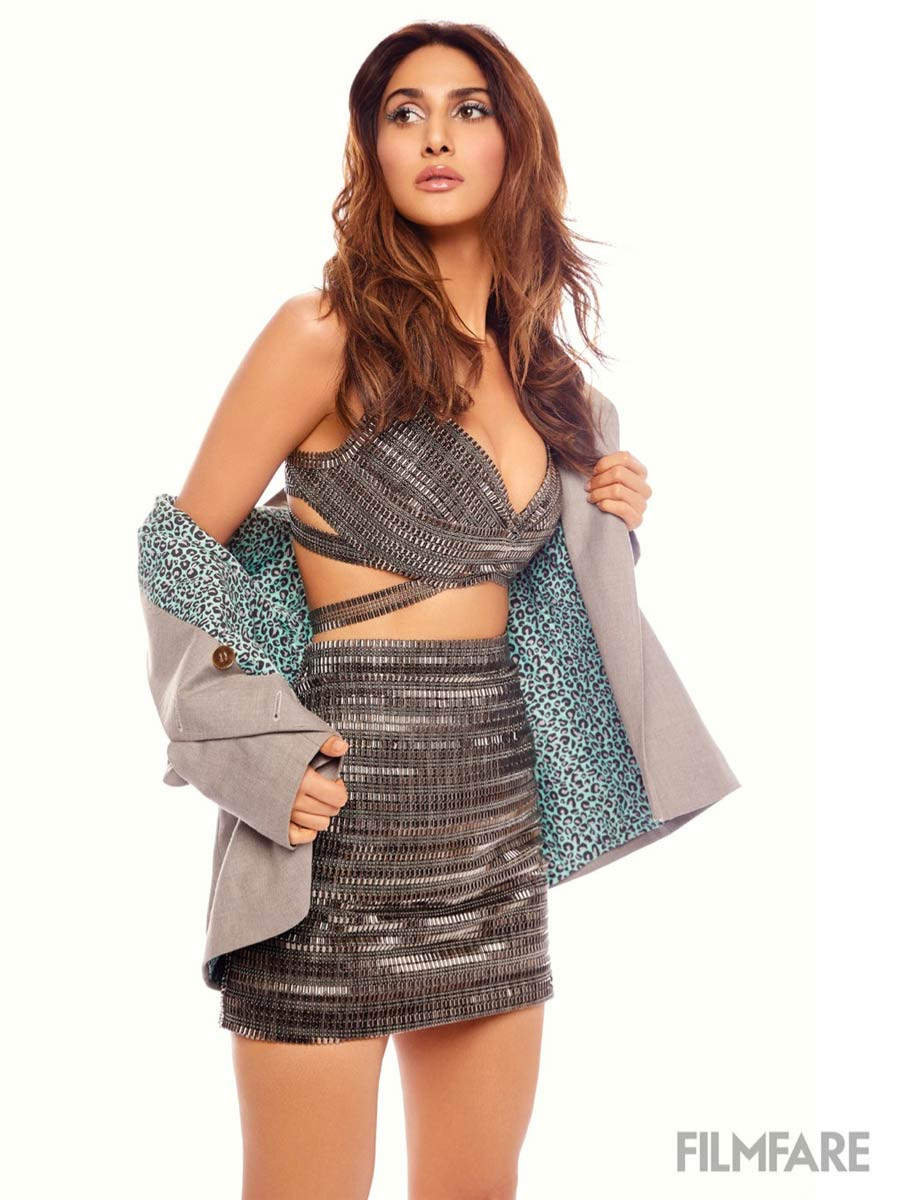 As an actor, everything you do is scrutinised. Has it gotten easier over the last few years?

In this industry, I am very aware that your success is loud but your failure is louder. Everybody gets to have a say and have a judgement about your work and life decisions. But I try to not get sucked into the negative energy and the trolls or in a conversation where people write you off. Those very same people will talk highly about you tomorrow if you achieve success. So, I think this is also temporary. Nothing is permanent – success is not permanent, we all will have ups and downs.

You also have Shamshera coming up and we loved the teaser. So, tell us a little about that…

All I can say right now is that it is a period drama. I am thrilled about this one because it’s with people I’ve always wanted to team up with. You have Ranbir Kapoor, you have Sanjay Dutt sir, you have Karan Malhotra. And it’s a big entertaining film and I’m looking forward to it. Unfortunately, I really can’t talk much about it but it is going to be a different one.

How much more of the unexpected can we expect from you?

I really hope I can do the unexpected. I am not trying to box myself right now and I’m
also looking forward and feeling hopeful that something different is going to come my way and the energy is good about it. So, I am just keeping my fingers crossed and hoping it happens soon.