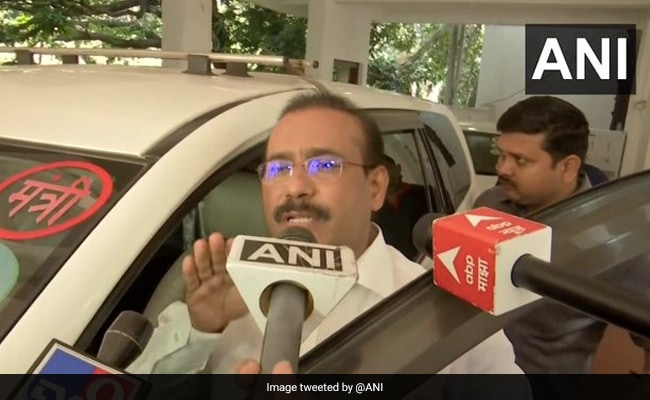 Rajesh Tope said there is no worry about the new Covid XE variant. (File)

Maharashtra Health Minister Rajesh Tope on Saturday said that Omicron sub-variant XE is not lethal and the only case detected in the state of an elderly man is asymptomatic.

Talking to media persons in Jalna, Mr Tope said a 67-year-old man and his wife who had been in Mumbai tested positive for coronavirus in Gujarat last month.

“The man had arrived from London on March 6 and came in contact with two Britishers. On March 11, he experienced a mild fever. On March 12, he was tested during his stay in Vadodara and the sample was sent for genome sequencing to the Gujarat Biotechnology Research Centre,” Mr Tope said.

The health minister further said that the elderly man developed a fever on March 13 and returned to Mumbai the following day.

Mr Tope said three other persons in Gujarat who came in contact with the infected man were tested but they were found negative and without the (XE) sub-variant.

“The man has been in quarantine at his home in Mumbai since March 20. He is asymptomatic. He had taken two doses (of the anti-COVID-19 vaccine). He is suffering from hypertension. There is no worry about the new variant, it is not lethal,” he added.

According to Gujarat government officials, the man was found infected with the XE variant as per a report given by a Gandhinagar-based laboratory, which was cross-checked and confirmed by a facility in Kolkata on Friday.

“But those who want to take the booster dose can take it from private hospitals. The government has no responsibility regarding the administration of the booster dose to people in the 15 to 59 age group,” he added.

The World Health Organisation (WHO) has said that XE could be more transmissible than any COVID-19 strain so far. XE is a combination or a recombinant of both sub-variants (BA.1 and BA.2) of Omicron.