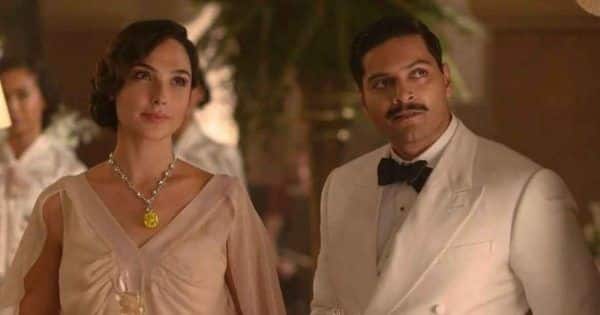 Agatha Christie name is to suspense in literary halls what Alfred Hitchcock is to it on the cinematic canvas. There has never been a greater novelist of murder mysteries, and in all honesty, they probably never well. That being said, even legends have their ebbs and flows, with the good far outweighing the missteps, of course. Unfortunately, Death on the Nile is one of those rare instances where Agatha Christie fumbled quite a bit (even initial reviews weren’t that kind, though contemporary ones have been more favourable, I’m guessing, due to the name rather than the actual result). So, it’s no surprise that a Director has to be more on the money than usual to grip the audience. The earlier Death on the Nile, released in 1978, somewhat managed the feat albeit with an all-star-cast that overshadows the current ensemble by miles and them some. So, does Kenneth Branagh follow the same template with a copy-paste job? Nope, that’s just not his style. How does his interpretation fare then? Well, he also manages to grip us, but again, just somewhat. Also Read – Ali Fazal goes for pilgrimage at Mecca and Medina; says ‘I am truly blessed in many ways’: Watch Video

Filthy rich Linnet Ridgeway (Gal Gadot) and unemployed Simon Doyle (Armie Hammer) get hitched and embark on a whirlwind honeymoon, joined by an assortment of characters, including world-famous sleuth Hercule Poirot (Kenneth Branagh). However, the newlyweds are being pestered by Simon’s ex and Linnet’s erstwhile friend. Things get far bleaker when tragedy strikes aboard a cruise on the Nile.

Watch the Death on the Nile trailer below:

The performances and star-power keep the wheels churning on this Nile cruise, with everybody equally pulling their weight, and Gal Gadot and Kenneth Branagh amping up the star power. Desis would be pleased to known that Ali Fazal gets a pretty meaty part, and we all already know how good he is when given scope to perform. Haris Zambarloukos’s camerawork and Úna Ní Dhonghaíle’s cuts are first rate, with the former more than elevating the narrative. Moreover, Branagh has shrewdly steered the narrative in different directions from the 1978 adaptation, with some fresh twists, so much so you almost wonder if the denouement will be different from the novel, but he stops just short of the ultimate risk. It might have rubbed hardcore Agatha Christie aficionados the wrong way, but I was rooting for that.

Branagh’s direction does get pedestrian at times, finding it tough to overcome the source material’s more mundane parts. Plus, the resolution is as convenient as ever and he simply isn’t able to find a way to circumvent it. Also, while some of the added mystery works, in a few other places, it just doesn’t click. Emma Mackey is also horribly miscast in one of the film’s most important roles.