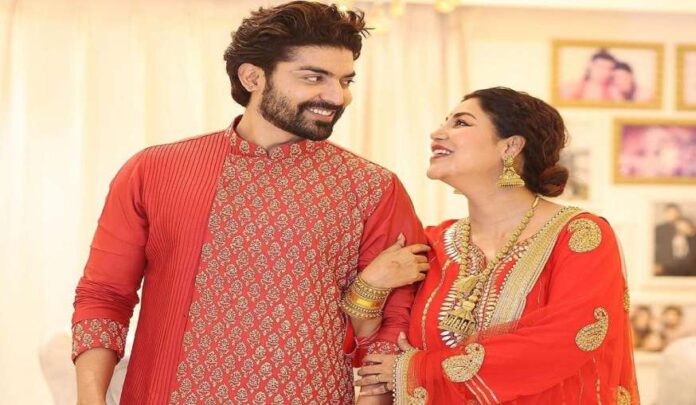 The year 2022 has proved lucky for Debina Bonnerjee, who became a household name by playing the character of Sita in the famous TV serial ‘Ramayana’. Debina has become a mother twice this year. Debina announced her second pregnancy after the birth of daughter Liana in April, after which Debina gave birth to her second daughter in the past. This time Debina’s daughter was born prematurely due to which she had to spend a few days in the hospital. However, now Debina and Gurmeet have brought their daughter from home. Recently, Debina has shared the first picture of her daughter on social media, in which she is seen holding the daughter in her lap.

Debina Bonnerjee is seen gazing at her daughter in a pink suit in this picture. Debina has not revealed the face of the daughter. He has hidden the daughter’s face with a heart emoji. Debina Bonnerjee wrote the poem along with the picture, ‘To my second child, you are not my first child, it’s true. Before loving you, I loved someone else. But I am a different mother this time. I found myself more calm and confident this time. Now two children need me. I was so excited the first time. This time I want to take things slow. Your ‘first’ will be my ‘last’. You weren’t my first baby, it’s true, but you are my last baby. You are the last lullaby I will ever sing.

Debina Banerjee and Gurmeet Chowdhary met for the first time in the mythological TV serial ‘Ramayana’. During this serial, both of them became friends and then in the year 2011, Debina-Gurmeet got married. The marriage of both was very private in which only close people attended. Debina Banerjee and Gurmeet Choudhary’s house is buzzing this year after 11 years of marriage. Debina Banerjee is an actress as well as a famous YouTuber. Debina Bonnerjee has shown the daughter’s journey to her home in her video on YouTube.