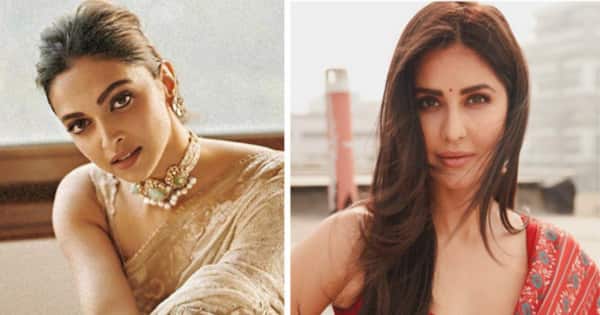 Deepika Padukone mentioned Katrina Kaif while talking about the initial days of struggle in Bollywood. The actress has been on a promotion spree for her latest release, Gehraiyaan. And in a recent interview, Deepika Padukone revealed that she and Katrina Kaif both, didn’t have PRs or Managers to help them and they would manage everything on their own. The Chennai Express actress said that they both learnt from their mistakes and grew. Deepika stepped into Bollywood with 2007’s Om Shanti Om whereas Katrina had been in the industry for a couple of years. Also Read – Gehraiyaan: Deepika Padukone, Ananya Panday and others REACT to Ekta Kapoor’s ‘honest review’ of their movie – view post

“When I started, I didn’t have a PR agent or manager. I did my own hair and makeup, I used to wear my own clothes. With myself, Katrina Kaif, we were the first few people, who had the mix of both, where we didn’t have it and then that culture started coming in and we adapted to that culture,” Deepika told NDTV in an interview, reports Hindustan Times. Also Read – Vicky Kaushal claims he’s ‘petrified’ of heritage sites despite wedding venue with Katrina Kaif; gets TROLLED by netizens – view comments

Talking about how things have changed now, Deepika Padukone added that these days actors and actresses have huge help and are completely prepared even when before they are about to enter the industry. Deepika said that the young gen nowadays are told how to sit, conduct themselves, what to say and what not to say, what to wear, how to do hair and makeup, everything. Deepika called it incredible and said that they didn’t have it back when they entered the industry. Also Read – Trending Entertainment News Today: First pic of Farhan Akhtar-Shibani Dandekar wedding, Vikrant Massey-Sheetal Thakur wedding pics and more

“We grew into it, we made our mistakes along the way, but a part of me also appreciates that because it gives you an opportunity to understand who you are.” Talking about Gehraiyaan, the film also stars Ananya Panday, Siddhant Chaturvedi and Dhairya Karwa in the lead. Deepika has Pathan with Shah Rukh Khan, next. On the other hand, Katrina Kaif has been busy shooting for Tiger 3 with Salman Khan.