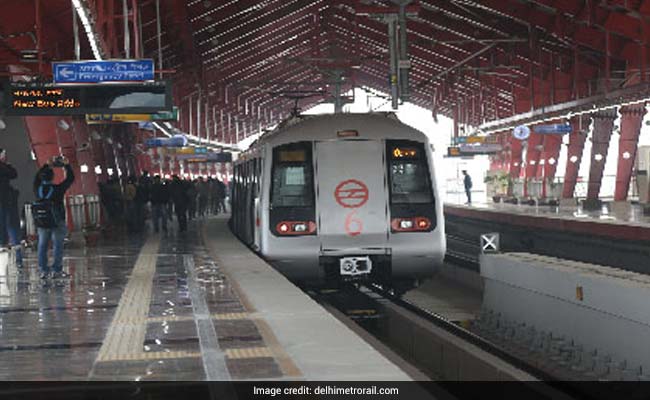 Final field trials of a first-ever indigenously developed signalling technology was on Thursday virtually inaugurated on the Red Line of the Delhi Metro, officials said.

India’s first ever Indigenous Automatic Train Supervision System (i-ATS) has been developed by a joint team of DMRC and Bharat Electronics Limited (BEL), they said.

“The final field trials of India’s first ever i-ATS was virtually inaugurated today on the Red Line by our Managing Director, Dr. Mangu Singh in the presence of Directors and senior officials at Metro Bhawan. #DelhiMetro,” the DMRC tweeted.

The final field trials of India’s first ever Indigenous Automatic Train Supervision System (i-ATS) was virtually inaugurated today on the Red Line by our Managing Director, Dr. Mangu Singh in the presence of Directors and senior officials at Metro Bhawan. #DelhiMetropic.twitter.com/SpM9DerNgt

“This development will make DMRC more self-reliant in the field of Metro Train Signalling and will boost the Government of India’s ‘Make in India’ initiative. #DelhiMetro,” it said in another tweet.

Delhi Metro on December 24 last year had entered into the 20th year of its operations and marked the occasion by commencing a field trial of the i-ATS technology.

ATS is a computer-based system, which manages train operations. This system is indispensable for high density operations such as the metro, where services are scheduled every few minutes.

The i-ATS is the indigenously developed technology, which will now significantly reduce the dependence of Indian metros on foreign vendors dealing with such technologies, the Delhi Metro Rail Corporation had earlier said.

With this achievement, India will become one of the few countries in the world to have its own ATS product which can be implemented in other metros as well as railway systems, it had said.

“The development of the i-ATS system is a major step towards the development of an indigenously built CBTC (Communication Based Train Control) based signalling technology for Metro railway since the i-ATS is an important sub system of the CBTC Signalling system,” the DMRC had said.