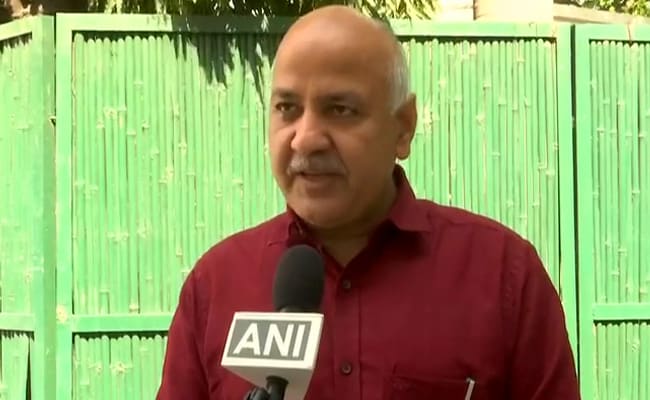 Manish Sisodia said AAP is not scared of the Centre’s move to merge the three Delhi corporations. (File)

The Aam Aadmi Party (AAP) on Wednesday dared the BJP to let the Delhi civic polls be held, claiming that the merger of the three corporations will not change the BJP’s fate as Delhiites have decided to root out its 17-year-long regime of “corruption”.

Addressing a press conference in New Delhi, Delhi Deputy Chief Minister Manish Sisodia asked the BJP to stop playing the “game” of unification of the three corporations, and face the election.

He said the BJP’s crushing defeat is eminent if the polls are conducted as people of Delhi are fed up with the functioning of the civic bodies, under the saffron party, for the past 17 years due to “rampant corruption” and failure on various fronts.

“Aap ye ek ka teen, teen ka ek mat khelo. Chunav se bhago mat. Himmat hai toh jaldi chunav kar ke dikhao (You do not play this game of merger of the three municipal corporation into one. Do not run away from the elections. If you have courage, let the elections be held),” Mr Sisodia said in a message to the BJP.

He asserted that the AAP is not scared of the Union government’s move to merge the three corporations.

“Be it one civic body or three, it does not make any difference. People of Delhi are fed up with the functioning of the municipal corporation under the BJP and so are the corporation employees. All of them are waiting for the civic polls to ensure crushing defeat of the BJP,” the minister added.

The AAP has intensified its demand for timely conduct of the civic polls in the national capital, going for an all-out attack on the BJP after the Centre on Tuesday approved a bill that seeks to merge the three municipal corporations.

The party claimed the Centre approved the bill to delay the municipal elections as the BJP was set to lose them.

The bill is likely to be introduced during the ongoing session of parliament.