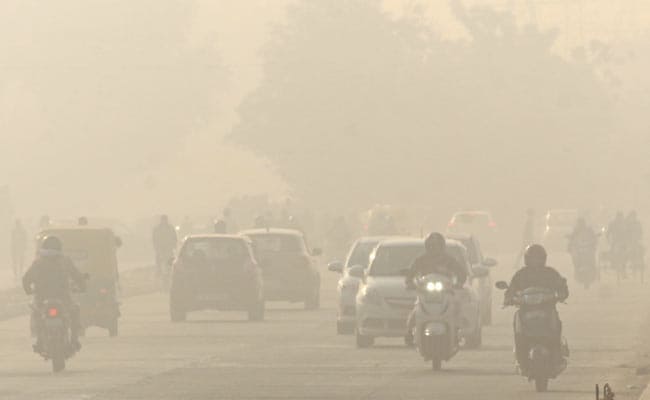 Ghaziabad was the most polluted city among 60 north Indian cities last winter, followed by Delhi, according to a latest air quality analysis.

According to the “All India Winter Air Quality Analysis” carried out by the Centre for Science and Environment (CSE), particulate pollution spiked and stayed elevated with varying intensity across all regions during the winter of 2021-22 (from October 15 to February 28).

The analysis contains a detailed assessment of all the regions — north, south, east, west, central and northeast.

It said the most polluted city in the northern region was Ghaziabad with a particulate matter 2.5 (PM2.5) average of 178 microgram per cubic metre (μg/m3), followed by Delhi that had a winter average of 170 ug/m3.

The next seven spots are all occupied by neighbouring NCR cities — Faridabad, Manesar, Baghpat, Noida, Gurugram, Meerut and Hapur, it said.

The CSE, however, observed that the north Indian cities have, on an average, recorded 11 per cent lower PM2.5 level last winter, but the improvement in the sub-region of Delhi-NCR was just about eight per cent.

“Delhi-NCR also saw a marginal increase in the average peak 24-hour pollution. The peak pollution rose significantly from the baseline among the cities in the south (24 per cent) and central Indian cities (7 per cent), despite the overall fall in the winter average,” it said.

In the northern region, Srinagar was found to be the cleanest city with Palwal in Haryana, Bathinda in Punjab and Alwar in Rajasthan among the cities with a relatively lower winter average.

The most polluted city in the northeastern region was Guwahati in Assam with a winter average PM2.5 of 81 ug/m3.

The analysis was done for the 2021-22 winter air quality tracker initiative of the CSE’s Urban Data Analytics Lab.

“Clearly, the winter pollution challenge is not limited to mega cities or to one specific region. It is now a widespread national problem that requires urgent and deliberate action at a national scale.

She said while the regions are battling to meet the national ambient air quality standards, winter conditions are aggravating the problem further.

“Even though the pandemic conditions have arrested the overall trend in most regions, there is still a mixed trend. Despite having a relatively lower annual average pollution levels, the peak pollution during winter can spike. This indicates the influence of cool and calm winter conditions and also the regional influence,” Ms Roychowdhury said.

Avikal Somvanshi, programme manager, Urban Data Analytics Lab, CSE, said as the availability of real-time air quality data has improved in several regions with the expansion of air quality monitoring systems, it has become possible to assess the regional differences and the unique regional trends.

This air quality tracker initiative has helped benchmark the winter air quality for peer-to-peer comparison within each region and inter-regional differences, the CSE said.