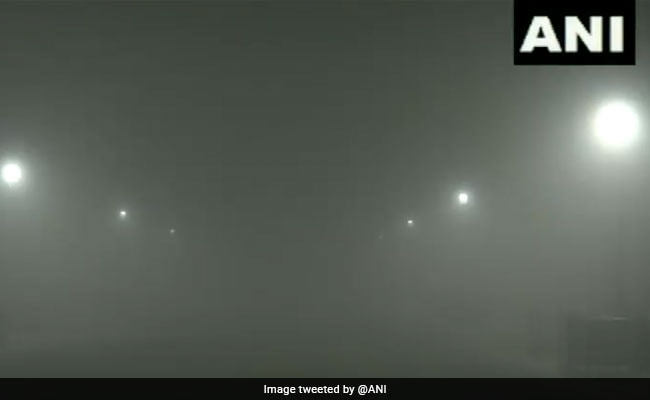 The minimum temperature in the national capital dropped down to six degrees Celsius.

People in Delhi woke up witnessing a foggy morning on Saturday thereby leading to a dip in visibility.

The India Meteorological Department (IMD) on Friday predicted cold to severe cold day conditions for some parts of Uttarakhand, Punjab, Haryana, Chandigarh, Delhi and West Uttar Pradesh during the next 24 hours.

The air quality improved significantly on Saturday morning and moved to the moderate category with the air quality index (AQI) touching 132, according to the latest estimates updated by the System of Air Quality and Weather Forecasting And Research (SAFAR).

“AQI today indicates ‘moderate’ air quality, improved significantly from yesterday’s ‘very poor’ air quality due to rain and gusty wind that washed out particulate matter in air. A few spells of light rain are likely today improving AQI further but to remain within ‘moderate’. From tomorrow onwards relatively calm surface winds are likely and air quality gradually degrades back to ‘poor’ and then to ‘very poor’ as rate of accumulation of pollutants is likely to be more than that of ventilation,” read the bulletin by SAFAR today.